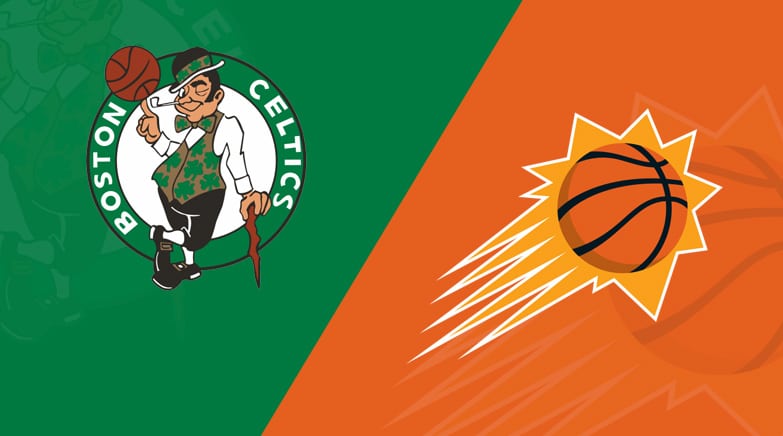 The Phoenix Suns and Boston Celtics will close down their two-game regular-season series Thursday night, so here’s the best betting pick for their interconference showdown at TD Garden in Boston along with the latest odds update on William Hill Sportsbook.

The Suns open as firm 6.5-point road favorites with a total of 220.5 points. They are coming in full strength, while the Celtics are missing Evan Fournier, Jaylen Brown, and Robert Williams.

Back in February, the Suns outlasted the Celtics as 2.5-point home favorites, 100-91. It was their third win in the last four encounters with Boston, and the Celtics have covered the spread only once in their previous ten matchups with Phoenix.

The Suns aim for their third straight win

The Phoenix Suns (42-16; 36-21-1 ATS) continue their five-game road trip on the east coast after a couple of nice wins over Milwaukee 128-127 in overtime and Philadelphia 116-113. They’ve won six of their last seven games overall, still holding the No. 2 seed in the Western Conference. The Suns are only 1.5 games behind Utah and will continue to chase the Jazz for the top spot.

The Boston Celtics (31-27; 29-29 ATS) are coming off a surprising 102-96 defeat to the Chicago Bulls this past Tuesday, but Brad Stevens couldn’t count on five players including Marcus Smart who’ll return to the lineup Thursday against the Suns.

The Celtics put an end to a six-game winning streak, blowing a six-point lead from halftime. Jayson Tatum posted his first career triple-double with 14 points, 13 rebounds, and ten assists, but he went only 3-for-17 from the field.

Boston sits at the sixth spot of the Eastern Conference standings, half a game behind the fifth-seeded Atlanta and half a game ahead of the seventh-seeded Miami. The Celtics score 114.2 points per 100 possessions (12th in the NBA) while yielding 112.2 in a return (13th).

The injury-depleted Celtics will have a tall task in this one despite playing on the home court. The Suns have been terrific all season long and look determine to finish atop of the Western Conference, so I’m backing the visitors to grab a win and cover a 4.5-point spread.

The Celtics could make this clash interesting to watch even though they’ll miss some very important players. Without Robert Williams, Boston will struggle to cope with the Suns’ frontcourt. Also, I’m expecting the Suns’ defense to make the difference down the stretch.

Both Phoenix and Boston prefer to play at a slow pace, averaging below 98.0 possessions per 48 minutes each. Therefore, I’m going with the under on the totals, looking for a proper defensive battle.

The shorthanded Celtics need to bring their best defense in order to stand a chance of upsetting the odds here. On the other side, the Suns lean on their defense and will be all over Jayson Tatum. I would be surprised if Phoenix and Boston combine for more than 220 points in total, while the under has hit in ten of the Celtics’ last 12 outings at TD Garden.