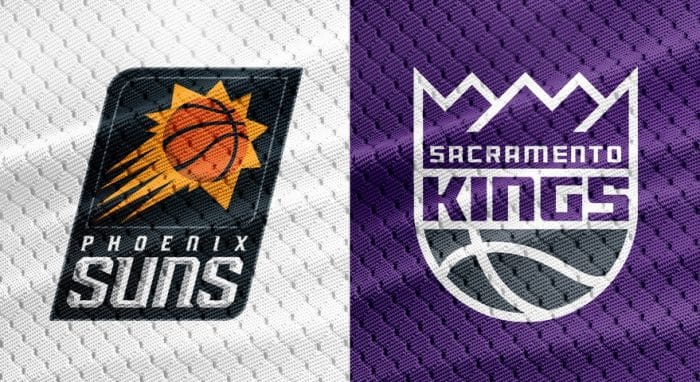 It will be a battle between Pacific Division opponents when the Sacramento Kings (5-7) welcome the Phoenix Suns (7-5) to the Golden 1 Center. The game can be seen on NBC Sports – California at 10 p.m. ET on Tuesday, November 19, 2019.

The last time the Suns played, they were 8-point favorites and were defeated by the Boston Celtics, 99-85. The game’s total points (184) were well under the O/U total of 229.5. Boston’s 22.9 offensive rebounding percentage was their largest strength over Phoenix, who had a mark of 16.3. The Celtics’ mark was above their season average of 20.3, while the Suns’ was below the 24.0 mark opponents have averaged against Boston this season. Phoenix’s Dario Saric had a solid performance, finishing with nine points and 10 rebounds.

The Kings edged the Boston Celtics in their last game, 100-99, despite being 3-point underdogs. The game’s combined points (199) were well under the projected point total of 215. Sacramento’s 11.3 turnover percentage was their biggest strength over Boston, who had a rate of 13.1. The Kings’ mark was better than their season average of 14.4, while the Celtics’ was above their season average of 9.8. Buddy Hield was the top scorer from either team with 35 points on 14-for-24 shooting from the field.

This has potential to be an error-filled game for the offense of Sacramento. Sacramento ranks 23rd in the league in ball protection (turnover percentage of 15.7 percent), while the disruptive defense of Phoenix forces the third-most turnovers in the NBA (16.4 percent). Moreover, the Suns rank third in effective field goal percentage (0.546), whereas the suspect defense of the Kings ranks 28th with an effective field goal percentage allowed of 0.547.

Phoenix holds records of 7-5 straight up (SU) and 9-2 against the spread (ATS). A little over half of the Suns’ games have finished over the total.

Meanwhile, Sacramento is 5-7 SU and 7-5 ATS. Kings games have a tendency to finish under the total (66.7 percent).

This will be the second game of the season between these two squads. In the first, Deandre Ayton had 18 points and 11 rebounds and the Suns beat the Kings 124-95, covering as 1-point favorites. The game finished with a total of 219 points, which was 13.5 points below the projected point total of 232.5 points. The Suns’ turnover percentage was their largest strength over the Kings. Phoenix had a rate of 11.7, while Sacramento posted a mark of 20.9.

Sacramento is 3-1 when they hold opponents below 100 points, while Phoenix is 1-2.

In its last five contests, Phoenix is 3-2 ATS with 5 overs.

Sacramento is 5-0 ATS with 3 unders and 2 overs over its last five games.

The Suns’ average margin of victory in their last five games has been 0.8, down from 5.3 for the season.