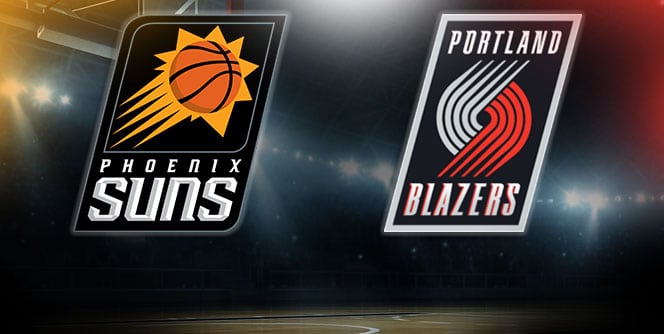 The Over/Under (O/U) for the game opened at 231 points with Portland set as a 4-point favorite.

The Suns will be hoping for a similar outcome after just getting past the Sacramento Kings in their last matchup, 112-110, as 2.5-point underdogs. The game’s combined points (222) finished over the O/U total of 217. Phoenix’s 21.6 offensive rebounding percentage was their biggest advantage over Sacramento, who had a rate of 17.5. The Suns’ mark was above their season average of 20.9, while the Kings’ was below their season average of 23.4. Phoenix was lifted by Devin Booker, who was the game’s leading scorer with 32 points on 14-for-23 shooting.

The last time the Trail Blazers were in action, they were beaten by the Los Angeles Lakers, 128-120. They were unable to cover as 5-point underdogs. The game’s combined points (248) finished well over the projected point total of 224. Los Angeles’ 8.0 turnover percentage was the team’s largest strength over Portland, who had a rate of 14.0. The Lakers’ mark was better than their season average of 13.2. Damian Lillard put together a good performance for Portland, leading both teams in scoring with 31 points on 7-for-17 shooting.

This is the second game of the season between these two squads. CJ McCollum scored a game-high 30 points in the first matchup, in which the Trail Blazers beat the Suns 111-110 but did not cover as 2.5-point favorites. He also recorded seven rebounds and six assists. The game finished with a total of 221 points, which was 6 points below the projected point total of 227 points. One of Portland’s biggest strengths was their ability to convert at the free throw line. They were 17-20 (85.0 percent), while the Suns were 16-19 (84.2 percent).

Phoenix comes into the contest with records of 12-20 straight up (SU) and 17-14-1 against the spread (ATS). Games including the Suns have a tendency to finish over the O/U total (59.4 percent).

Over its last five contests, Phoenix is 2-3 ATS with 4 overs and 1 under.

The Suns’ average margin of defeat in their last five games has been 8.2, up from 1.0 for the season.