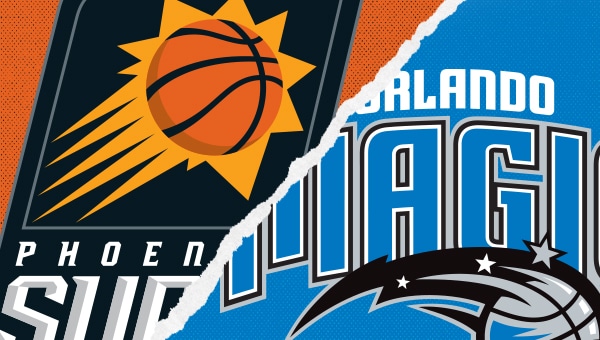 The game’s Over/Under (O/U) opened at 215 points with Phoenix set as a 1.5-point favorite.

The Suns will be looking for a similar result after covering the 4-point spread against the Charlotte Hornets in their last outing, 109-104. The game’s combined points (213) finished under the O/U total of 222. The Suns had a ridiculously low turnover percentage of 6.5 (better than their season average of 12.5) and had a better effective field goal percentage (0.494 vs. 0.488). Dario Saric played a pivotal role for Phoenix with 16 points and 10 rebounds.

In the Magic’s last game, they were victorious over the Washington Wizards, 127-120, despite being 8-point underdogs. The total points for the game (247) came in well over the O/U total of 204. The Magic held the Wizards to an offensive rebounding percentage of 11.1 (below their season average of 21.9) and had a free throw rate of 0.222 (above their season average of 0.194). With 18 points and 11 rebounds, Orlando’s Aaron Gordon played well.

After splitting two games last season, this will be the first matchup of the year between these two teams. In the most recent contest, the Suns won 122-120. Phoenix’s 0.574 effective field goal percentage was its biggest advantage over Orlando, who had a rate of 0.531.

Phoenix holds records of 9-10 straight up (SU) and 11-8 against the spread (ATS). Games including the Suns tend to finish over the projected point total (57.9 percent).

Meanwhile, Orlando is 9-11 SU and 6-11-2 ATS. In opposition of Phoenix, games involving the Magic have a slight tendency to go under the O/U total (52.6 percent).

Ball protection could play an integral role in this matchup. Orlando commits the fourth-fewest miscues in the league (turnover percentage of 12.8 percent), while the gambling defense of Phoenix forces the third-most (opponents’ turnover percentage of 15.6 percent). Also, second chance points figure to be few and far between for the Suns. They rank 28th in the NBA in offensive rebounding percentage at 19.2 percent, while the Magic are fifth-best on the defensive glass (defensive rebounding percentage of 79.6 percent).

The Magic rank fourth in three pointers allowed per game (31.9) while the Suns rank sixth (32.1).

In its last five contests, Phoenix is 2-3 ATS with 3 overs and 2 unders.

Orlando is 2-3 ATS with 3 unders and 2 overs over its last five games.