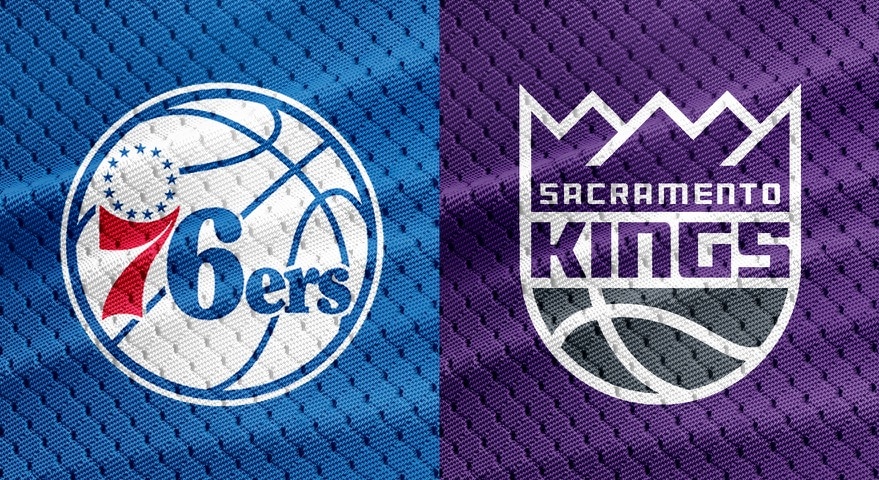 The Philadelphia 76ers and Sacramento Kings are both dealing with a ton of volatility right now, for very different reasons. While Philadelphia has injuries, COVID-19 issues, and the mental health of one of its stars to worry about, the Kings are dealing with the aftermath of the first coaching change of the young NBA season. In today’s NBA betting picks, we look at the 76ers vs Kings matchup and determine which side is best equipped to overcome their issues.

New bettors at DraftKings Sportsbook can wager $1 on either team to win this 76ers vs Kings game, with a $100 payout if a point is scored in the game.

New bettors at DraftKings Sportsbook can take advantage of a new player promo when placing their first wager on 76ers vs Kings. All they have to do is bet a dollar on either team to win this game. If either team scores a point in the game, they will win $100 in free bets at DraftKings, whether or not the original moneyline bet is a winner.

Why Bet The Kings:

✅ Philadelphia is playing its fifth straight road game, and they are doing so without the services of Ben Simmons, Danny Green or Joel Embiid. Embiid is out due to COVID-19 protocols right now, which really diminishes this team’s ability to get scoring from their bigs. While Andre Drummond can rebound, he lacks the scoring punch to make this team a contender until Embiid comes back.

✅ The Kings are dealing with the firing of head coach Luke Walton, which happened just this past weekend. With Walton gone, the Kings are going to be in much better shape from a game management perspective, which will allow them to take better advantage of depleted teams like the Sixers.

✅ While the Sixers are a better defensive team, the Kings are superior offensively, especially with Embiid out for this contest. Expect the Kings to execute well offensively, and to do just enough on the defensive end of the floor to win this game.

The Philadelphia 76ers have lost six of their last seven games, and are struggling mightily as currently constructed. The Sixers are without their best player in Joel Embiid due to COVID-19 protocols, as well as their third best player in Ben Simmons due to mental health concerns. That has left them in a place where Tobias Harris has been asked to do way too much offensively, to the detriment of the team as a whole.

In this game, the Sixers find themselves in the same spot, where they have to find scoring from several role players to have any chance. Players like Seth Curry, Andre Drummond and Tyrese Maxey, who are not normally volume scorers, will have to become volume scorers if Philly wants to win this game.

The Sacramento Kings made major headlines this weekend when they fired head coach Luke Walton. Sacramento had lost three straight games, and seven of their last eight, prior to the firing of Walton. Now the Kings will look to turn things around with an interim head coach, as they hope that the chance will at least help them manage their rotations more effectively.

In this game, the Kings will look to take advantage of a depleted Sixers guard pool, as the Sacramento nucleus of Fox, Haliburton and Davion Mitchell should be able to get the looks that they need to be successful here. As long as Sacramento can avoid a complete meltdown defensively against a subpar Sixers lineup, they have a real chance to start their post-Walton era with a win.