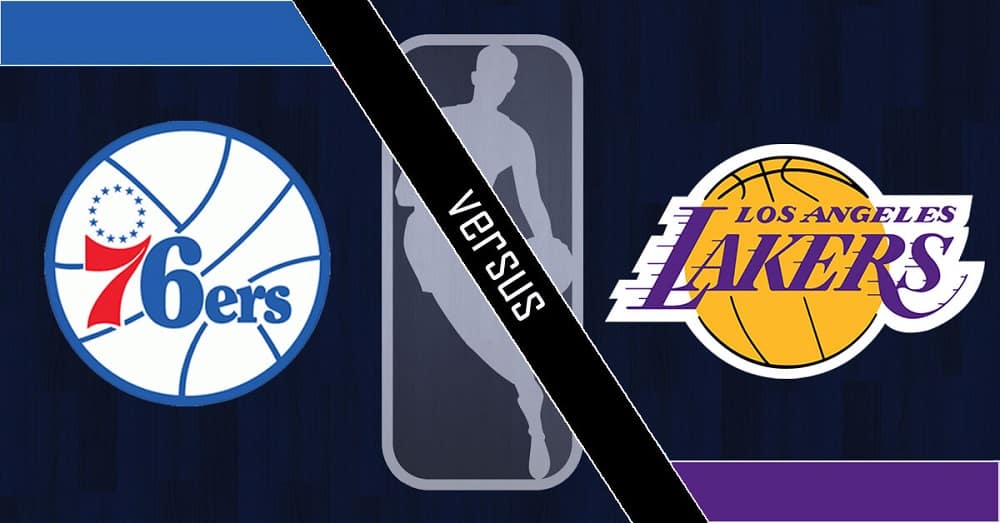 The Philadelphia 76ers and Los Angeles Lakers wrap up their two-game regular-season series Wednesday night at Staples Center in LA. Both teams will miss their best players, but we still expect to see a dramatic battle between a couple of legitimate championship contenders, so here’s the best 76ers vs. Lakers betting pick along with the latest team news and stats.

According to BetMGM Sportsbook, the Sixers opened as 4.5-point road favorites with a total of 211.5 points. Back in January, they narrowly outlasted the Lakers as 4-point home underdogs, 107-106, and the 76ers are 4-1 straight up and ATS in their last five encounters with LA.

The Philadelphia 76ers (31-13; 25-16-3 ATS) are 5-1 SU and ATS over their last six outings, playing without Joel Embiid (29.9 PPG, 11.5 RPG) who’ll spend a few more weeks on the shelf due to a knee injury. The Sixers have been terrific lately, winning nine of their ten showings in March, so they are sitting atop of the Eastern Conference at the moment, one game ahead of Brooklyn.

Phila is on a three-game winning streak following a 108-98 victory at Golden State this past Tuesday. Tobias Harris paced the Sixers with 25 points and 13 rebounds, as Philadelphia nearly blew a 24-point lead.

The Los Angeles Lakers (28-16; 21-23 ATS) will miss Anthony Davis (calf) for a while, while LeBron James (ankle) is out indefinitely after exiting in the second quarter of a 99-94 loss to Atlanta last Saturday. Since then, the reigning champs have lost two straight contests at Phoenix 111-94 and New Orleans 128-111.

The Lakers didn’t stand a chance against the Pelicans despite making 18 treys out of 37 attempts (48.6%). They trailed by as many as 30 points, allowing the Pels to score a whopping 62 points in the paint.

LA has struggled from beyond the arc thus far, making just 35.4% of their 3-pointers a night (22nd in the NBA). The Lakers allow 106.7 points per 100 possessions (1st) while scoring 111.5 in a return (18th), and they’ll have to figure it out on both sides of the ball with Lebron and Davis both on the sidelines.

The Lakers looked lost in their previous two outings without LeBron James and Anthony Davis, struggling on both sides of the ball. Therefore, I’m backing the Embiid-less Sixers to win and cover, as their defense should be a key factor.

Of course, the Lakers play some tough defense too, but their offense lacks creativity, so I wouldn’t be surprised if the Sixers shut them down completely.

Considering all the injury problems on both sides, firm defenses, and the Lakers’ shooting woes, this should be a low-scoring affair. I’m not surprised by a 211.5-point line that makes the wager quite tough, but the under seems like a logical choice.

Three of the Sixers’ last five games produced fewer than 202 points in total, as well as three of the Lakers’ previous seven. The under is 5-2 in LA’s last seven outings on the home court, and it is 10-5 in the previous 15 matchups between the Lakers and 76ers.