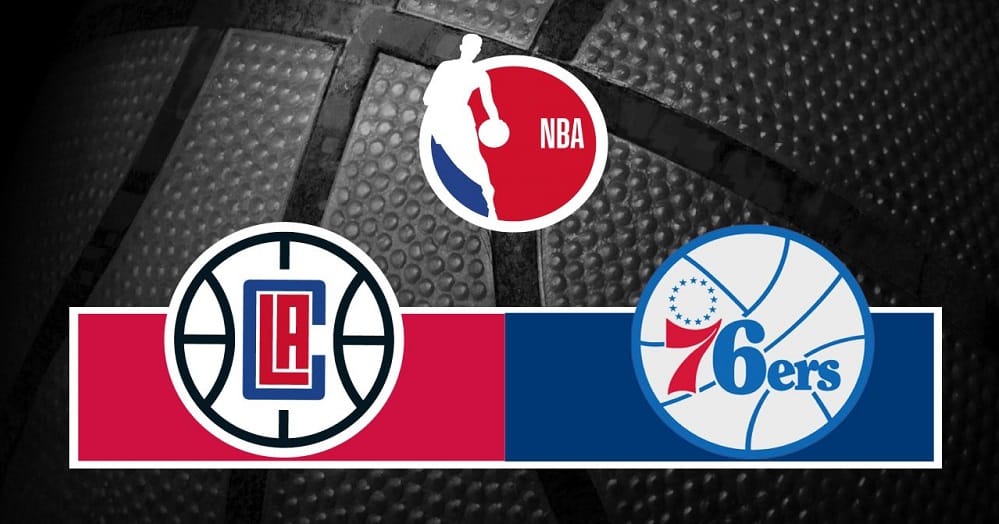 The Philadelphia 76ers and Los Angeles Clippers will lock horns for the first time this season, so here’s the best betting pick for their Saturday night’s interconference showdown at Staples Center in Los Angeles.

The Clippers opened as 5.5-point favorites on BetRivers Sportsbook, while the totals sit at 222.5 points. They’ve won just one of their previous six encounters with the 76ers, and the Clippers are 0-9 ATS in their last nine matchups with Phila.

The Sixers aim for their fifth win in a row

Phila dominated the shorthanded Lakers in the third period, building an 18-point lead ahead of the last 12 minutes, but the Sixers nearly blew it down the stretch. The reigning champs cut down their deficit to three points with 51 seconds left on the clock, but Danny Green made a crucial 3-pointer with 30 seconds to go.

The Los Angeles Clippers (30-16; 26-20 ATS) are coming off a two-game road set against San Antonio, tallying a couple of comfortable wins as six and one-point favorites, 134-101 and 98-85. In that 13-point victory over the Spurs, the Clippers missed four players including Kawhi Leonard, but Reggie Jackson and Paul George stepped up and combined for 52 points and eight assists.

Los Angeles is a No. 3 seed in the West, three and a half games behind the top-seeded Utah Jazz, and half a game behind the second-seeded Phoenix. The Clippers start a nine-game homestand Saturday and have a nice opportunity to close the gap.

The 76ers have been terrific lately, and I’m looking for more of the same against the Clippers who might be quite shorthanded in this matchup. Anyway, even if Kawhi Leonard suits up, the Sixers should keep it close, of course, if they put on another strong defensive performance.

Joel Embiid’s absence is certainly a big blow for Phila, but with Doc Rivers at their helm, the 76ers work hard on both sides of the ball for all 48 minutes. Rivers led the Clippers in the previous seven years, so I’m expecting him to motivate his boys and find the right game plan.

The under is 5-1 in Philadelphia’s last six games, and it is 4-2 in LA’s previous six outings overall. While the Clippers prefer to take things slowly, averaging 97.3 possessions per 48 minutes (27th in the league), the Sixers record 100.7 (6th), so the totals seem like a tricky wager here.

I would stick to the betting trends and go with the under. Five of the previous seven encounters between the 76ers and Clippers went in the under.