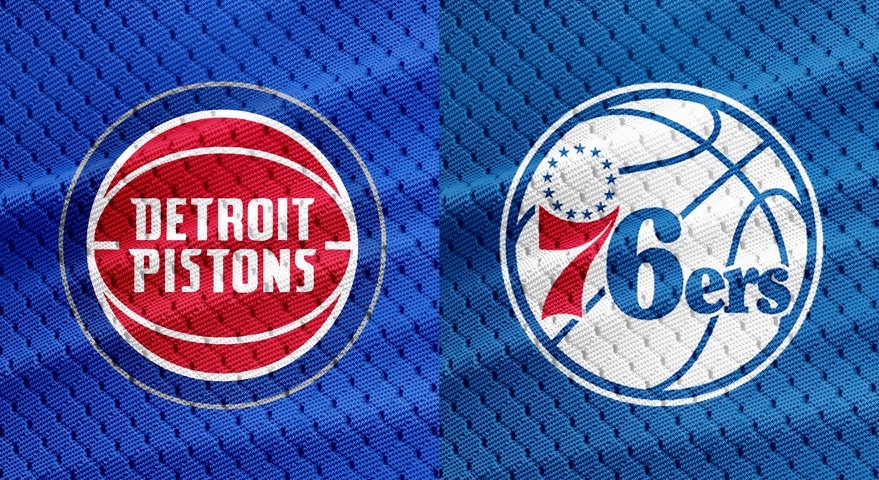 In the second game played on Saturday, the star-studded Philadelphia 76ers will visit Motor City to play the Detroit Pistons. Both teams are likely to make the playoffs, so this is a good test for both squads. Philly will get another chance to build synergy with their now roster, while Detroit will lean on firepower from the bench to try and steal a game.

The 76ers are one of the two top dogs of the Eastern Conference, with Embiid and Simmons looking to lead the franchise for years to come. They lost a star over the offseason, but they acquired two excellent starters that can help shore up the defense. This year’s lineup will perform much better than last season and it looks like they’ve already got it clicking. It will be tough to bet against them all season long, so you’re better off picking them more often than not.

The Pistons should have a better year this season with the addition of a rejuvenated Derrick Rose. Unfortunately, their biggest determiner will be just how healthy Blake Griffin can remain down the stretch. He was plagued with injuries last season and it’s disappointing to see that he is already missing games to start this season. Facing a Philly squad that might be missing one of their two main stars is a good chance to boost morale with a tough-fought win.

Pick: Philadelphia 76ers – No Line Yet

Tonight’s game is ultimately a battle between a conference heavyweight and a likely future 6th-8th seed. If Embiid misses tonight’s game, it will definitely make the game more competitive, but he also wasn’t the real reason why Philly won their first game. The 76ers are a legitimate title contender this year behind great defense and plenty of firepower. This is why your best bet is with the Philadelphia 76ers winning tonight’s game.