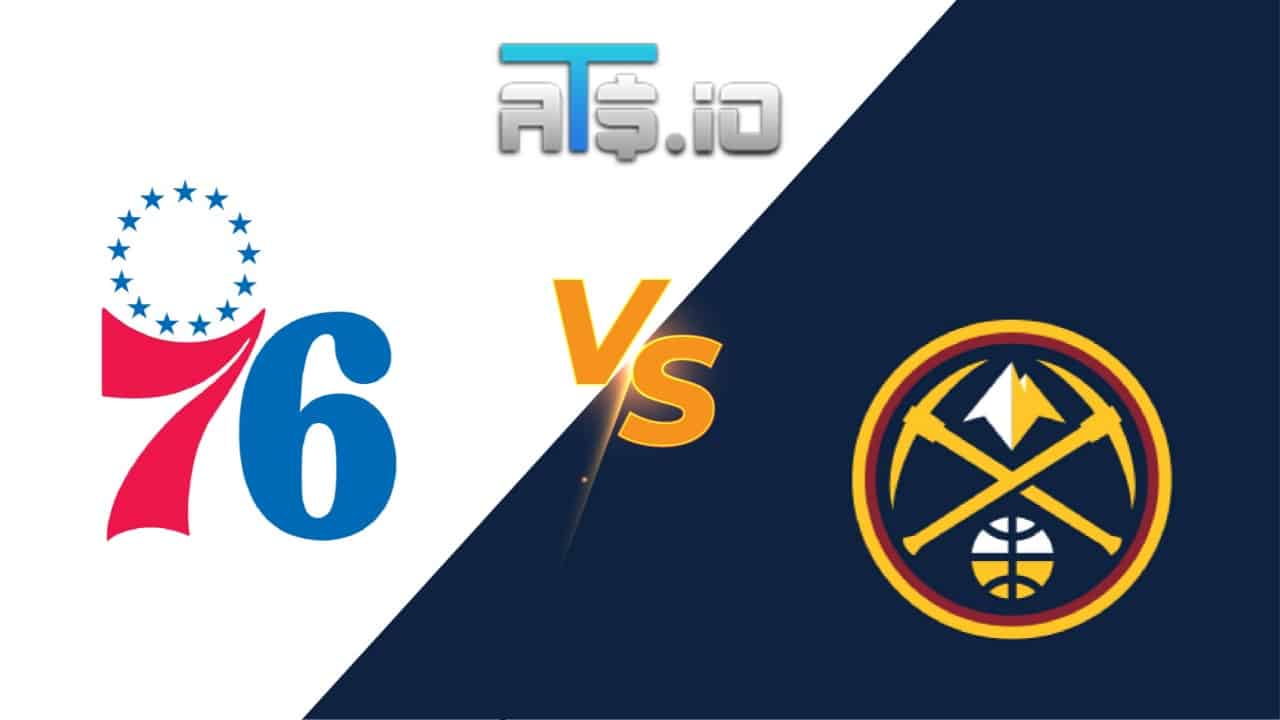 When they are at full strength, the Philadelphia 76ers and Denver Nuggets are among the best teams in the NBA. In this matchup, though, neither team is at full strength, which will have a huge impact on how both teams perform. In our NBA betting picks for tonight, we look at 76ers vs Nuggets and determine which team will overcome their various ailments to come away with a big win on Thursday night.

New bettors at DraftKings Sportsbook can wager $1 on either team to win this 76ers vs Nuggets matchup, with a $100 payout if a point is scored in the game.

New bettors at DraftKings Sportsbook can wager a dollar on either team to win 76ers vs Nuggets and win $100 in free bets if either team scores a single point in the game. Given that this is the NBA, both teams will likely threaten the 100 point mark with ease, making this an offer that cannot lose. And at 100/1 odds, this is more than worth any bettor’s time.

Why Bet The Nuggets:

✅ Joel Embiid might be able to return for this game for the 76ers. But with the Sixers playing at altitude on the road, they aren’t likely to push him too hard from a minutes perspective. He is going to need to ease his way back into competition, and Denver isn’t the place to do that even when a player is in full game shape.

✅ Without a fully healthy Embiid, Nikola Jokic is going to give Andre Drummond all the work he can handle in this game. Drummond is a great shot blocker, but Jokic is too versatile, too crafty and too deceptive with his footwork to be guarded successfully by the Sixers’ backup center. As long as Jokic plays here, he should have a huge game.

✅ Philadelphia is also going to be missing Tyrese Maxey and Danny Green for this game, leaving Seth Curry and Tobias Harris with way too much work to do for the Sixers here. While the Nuggets are going to be without Michael Porter Jr. and Jamal Murray due to injuries, they should still have the superior depth needed to win second unit matchups in this game.

The Philadelphia 76ers have been playing dreadful basketball lately, dropping each of their last five games. Of course, those games have come without Joel Embiid in their lineup, but last year’s top seed in the East has to be able to win in spite of one key player being absent. In this game against the Nuggets, the absence of Embiid could not be less convenient.

Just how the Sixers plan on guarding Nikola Jokic will be interesting without Embiid to play a role in doing so. Jokic is well-equipped to pull Andre Drummond out of the paint, which will open up the paint for other players to penetrate while Drummond isn’t at home. It will take plenty of help on Jokic or another defensive strategy altogether for Sixers to slow down the reigning league MVP.

Denver had a five-game winning streak snapped in their last game, as they fell to the Dallas Mavericks on the road. Nikola Jokic put up 35 points in the losing effort, in which the Nuggets were at a severe rest disadvantage against a Mavericks team that hadn’t played in nearly 72 hours. In this game, the Nuggets are the more rested team and are back home, where they have gone 7-1 on the season.

For the Nuggets, the key to this game will be slowing down Tobias Harris, who is the most capable of hurting them with Embiid out or at least compromised. Denver should be able to get good offensive looks through Jokic at will in this game. But their defense against the Sixers’ top gun will determine whether or not they let the Sixers stick around.