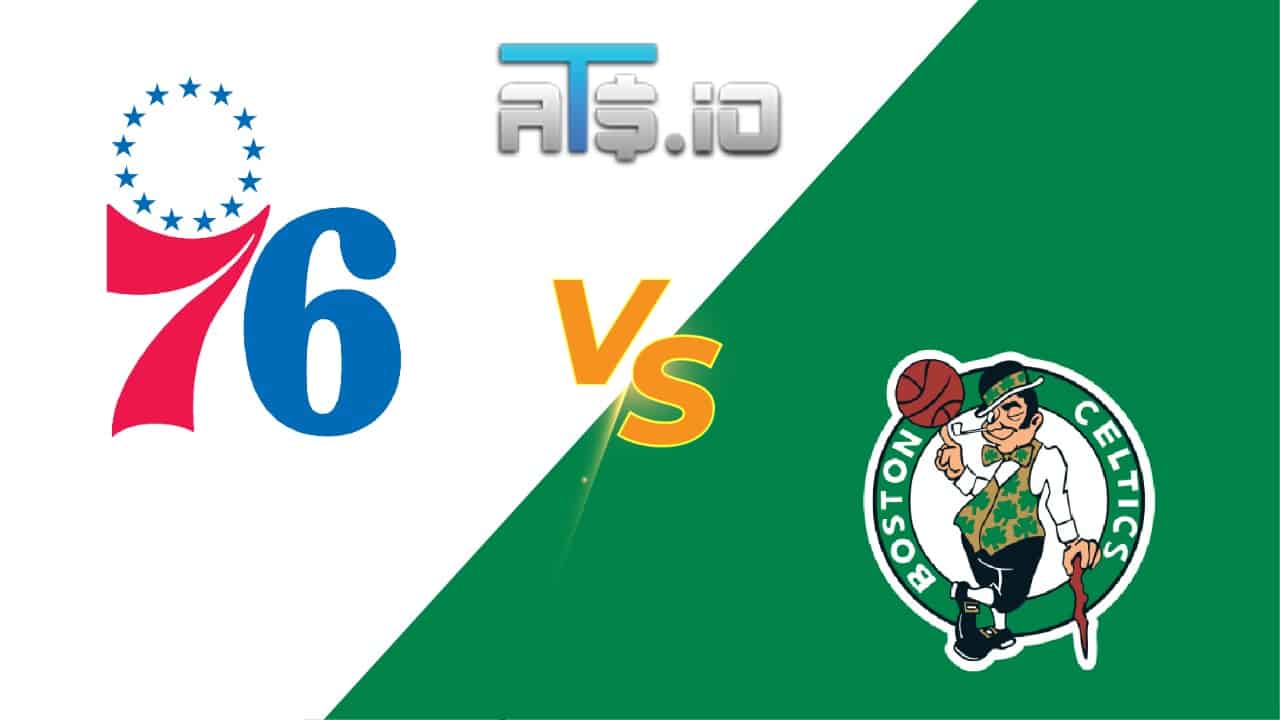 The Boston Celtics and Philadelphia 76ers are both 11-10 on the season so far, as both teams have failed to live up to expectations. With injuries holding both teams back, the winner of this game can avoid dropping back to .500, while the loser will fall to 11-11 on the year. In our NBA picks for Wednesday night, we look at 76ers vs Celtics and pick a winner for a gem of a game on the NBA slate.

New bettors at DraftKings Sportsbook can wager $1 on either team to win this 76ers vs Celtics showdown, with a $100 payout if a point is scored in the game.

Bettors looking to wager on 76ers vs Celtics can do so at DraftKings Sportsbook and take advantage of their new player offer in the process. To do so, first time bettors at DraftKings can wager a dollar on either the Sixers or Celtics to win this matchup. Regardless of whether or not they are right, they will get $100 in free bets from DraftKings as long as a point is scored in this contest.

✅ For once this season, the Sixers are the healthier team going into a game. They have Joel Embiid and Seth Curry back, while the Celtics are managing injuries for Jaylen Brown, Rob Williams and Dennis Schroder. Brown should play, but he hasn’t been as impactful as usual, while Embiid has looked great after his COVID-induced hiatus.

✅ Boston is coming off of a win over the Toronto Raptors in Canada, but they shot 31 free throws in that contest. That is 10 more free throws than their season average, with Boston only missing two shots from the charity stripe in that game. Some regression from the foul line is in order in this contest against the Sixers, which will hurt Boston.

✅ Joel Embiid has played well against the Celtics historically, averaging 26.5 points per game against the Celtics in 14 career games along with 12 rebounds per contest. With the front line of the Celtics not being at 100% due to Rob Williams’ injury concerns, Embiid should have another big game in this division rivalry.

The Philadelphia 76ers picked up a win in their last game, narrowly escaping the Orlando Magic to move to 11-10 for the season. The win over the lowly Magic broke a two-game losing streak for the Sixers, who had lost to the Warriors and Timberwolves prior to the win over Orlando. Here, the Sixers will hope that their health situation will help them pick up a second consecutive victory.

The return of Joel Embiid is expected to be a huge help for the Sixers, especially in a game like this one against the Celtics. Embiid has played two games since coming back from a bout with COVID-19, scoring 29 points per game in those two contests. But he did have a 4/16 shooting game against the Magic in his last outing, a type of night he can’t afford to have against Boston.

The Boston Celtics are also 11-10 on the year, and also snapped a two-game losing streak in their last outing. They beat the Toronto Raptors on the road, after losing to the Brooklyn Nets and San Antonio Spurs in the previous two contests. For the Celtics, injury questions hang over their heads coming into this contest, as they have several players nursing ailments at this point in time.

Jaylen Brown should play in this game, as he works his way back from a hamstring injury. But Dennis Schroder and Rob Williams missed the Celtics’ last game due to injuries, and their presence could have a massive impact on the final result of this game.