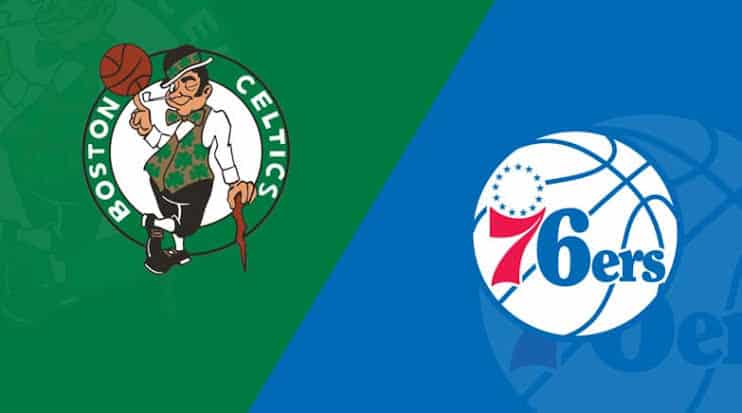 The 2020 NBA Playoffs start Monday, August 17, and bring plenty of excitement with four games on an opening day. We’ll see a marquee matchup in the Eastern Conference, as the third-seeded Boston Celtics and sixth-seeded Philadelphia 76ers will play their second playoff series in three years.

Back in 2018, the Celtics beat the Sixers in the conference semis in five games. However, the Sixers have won four of their last five meetings with the Celtics and hope to upset the odds in this series. Philadelphia is a +325 dog to eliminate the Celtics, while Boston is a massive -425 fave to qualify for the next round.

The 76ers are without Ben Simmons (knee), and the two-time All-Star is done for the postseason. Joel Embiid (hand) and Glenn Robinson III (hip) should be ready to go. The Celtics, on the other side, can count on all their players besides Romeo Langford (wrist).

Boston opened as a 5.5-point fave with a total of 218.5 points on BetAmerica. Philadelphia is a +190 moneyline dog on BetMGM, while the Celtics lay at -220 moneyline odds on William Hill.

Considering Ben Simmons’ absence, the Celtics are favorites for a reason, and I think a 5.5-point spread is a fair offer.

It’s always important to get on the right foot, so both teams will try their best, although there’s plenty of basketball to be played.

The 76ers wrapped up the regular season with a 134-96 victory over the Houston Rockets to snap a three-game skid. The Celtics are coming off a 96-90 loss to the Washington Wizards in their regular-season finale, putting an end to a four-game win streak.

As I’ve mentioned, the 76ers have won four of their last five meetings with the Celtics while covering three times in the process. However, the Sixers are only 6-11 SU and 5-12 ATS in their previous 17 games against Boston.

We all know that Joel Embiid is injury prone, and the 76ers need their big man healthier than ever. The Celtics’ backcourt should destroy the Sixers, but their backcourt is an issue, especially when they meet a top-notch big man.

In three meetings with the Celtics this season, Embiid has been averaging 21.3 points and 10.3 rebounds in just 27.7 minutes on the floor per game.

Boston’s defense could be a key factor in this matchup. They can switch almost everything on the defensive end, while the Sixers will have problems defending against the Celtics’ small-ball lineups.

I would stick with the Celtics to win and cover. Ben Simmons’ absence should help them grab the victory in the opener, and I think the Celtics shouldn’t have any problems to eliminate the Sixers. If you’re satisfied with slightly lower odds, take the alternative spread and bet on the Celtics as 3.5-point favorites.

Three of the previous four meetings between the 76ers and Celtics went in the under, and the line has been set below 218.5 points in each of those four contests. I think the Sixers will continue to struggle defensively, so I would go with the over, but my top NBA betting pick remains Boston to cover.