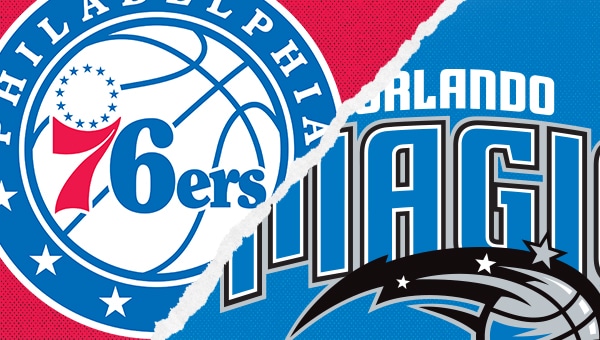 The Philadelphia 76ers (7-3) will have their hands full against the league’s top scoring defense when they challenge the Orlando Magic (3-7) at Amway Center. The game gets underway at 7 p.m. ET on Wednesday, November 13, 2019.

Although the 76ers topped the Cleveland Cavaliers in their last outing, 98-97, they failed to cover as 14-point favorites. The total points for the game (195) were well under the O/U total of 213.5. Philadelphia’s offensive rebounding percentage was their biggest strength over Cleveland. The 76ers had a rate of 23.4 (below their season average of 25.0), while the Cavaliers posted a mark of 20.5. With 27 points on 10-for-20 shooting, Joel Embiid was the game’s leading scorer.

The last time the Magic took the court, they were beaten by the Indiana Pacers, 109-102, despite being 4.5-point favorites. The game’s total points (211) were over the O/U total of 202.5. Indiana’s 26.8 offensive rebounding percentage was their biggest advantage over Orlando, who had a mark of 17.5. The Pacers’ mark was above their season average of 23.1, while the Magic’s was below their season average of 23.3. Orlando’s Nikola Vucevic recorded 18 points and 17 rebounds in the contest.

The offense of Orlando will clash against the elite defense of Philadelphia. The Magic rank 29th in offensive efficiency, while the 76ers are eighth in defensive efficiency. The 76ers figure to have the edge on that side of the ball. Also, the 76ers, who rank fourth in offensive rebounding percentage (24.8 percent), will face a difficult challenge against the Magic, who rank fifth in defensive rebounding percentage (80.4 percent).

Philadelphia heads into the game with records of 7-3 straight up (SU) and 6-3 against the spread (ATS). Matchups involving the 76ers have typically gone over the total (55.6 percent).

Meanwhile, Orlando is 3-7 SU and 3-6-1 ATS. Unlike Philadelphia, Magic games have a tendency to finish under the total (70.0 percent).

Philadelphia is 4-2 ATS on the road with 4 overs and 2 unders.

When holding opponents under 100 points, Orlando is 3-1 and Philadelphia is 3-0.

Orlando ranks second in points allowed in the paint per game (41.8) while Philadelphia ranks 11th (46.4).

Over its last five contests, Philadelphia is 3-2 ATS with 4 overs and 1 under.

Baylor Bears Odds: Is It Worth Taking A Flier On Baylor To Win— Anything?