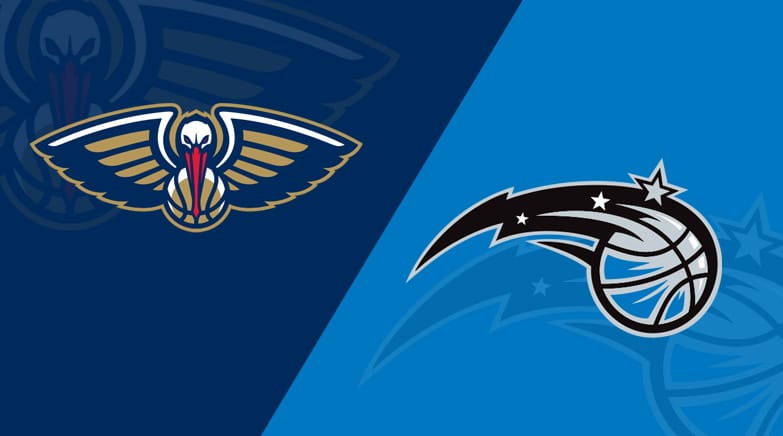 The Orlando Magic and New Orleans Pelicans will lock horns for the first time this season, so I’ve prepared the best betting pick and odds for their Thursday night’s showdown at Smoothie King Center in New Orleans.

The Magic are huge 10.5-point underdogs on BetRivers Sportsbook. They miss four players including point guards Markelle Fultz (knee) and Cole Anthony (ribs), while the Pelicans listed Lonzo Ball (hip) and Zion Williamson (thumb) as questionable to play against Orlando.

After a narrow loss at the Lakers, Orlando stunned the Clippers in LA

Orlando trailed for 46 minutes and by as many as 16 points, but the Magic fought bravely and fully deserved to win. They allowed only 45 points in the second half, holding the Clippers to 41.6% shooting from the field. Orlando turned the ball over just nine times, while the Magic’s second unit combined for a whopping 56 points.

The New Orleans Pelicans (21-25; 22-24 ATS) are coming off a 115-109 victory at the Boston Celtics this past Monday, but Zion Williamson suffered a thumb injury and could easily miss a few games even though he’s listed as questionable for Thursday night.

Zion dropped 28 points on the Celtics before exiting in the third quarter. Over his previous ten outings, Williamson has been averaging 29.0 points and 6.6 rebounds per game while making 65.7% of his field goals.

The Pelicans have won four of their previous five contests including the last two. They are still 12th in the West, trailing three games behind the No. 8 seed. New Orleans is posting the seventh-best offensive rating in the league (116.5 points per 100 possessions) along with the third-worst defensive rating (115.8).

The Pelicans are double-digit favorites for a few reasons, but they could struggle to cover if Zion and Lonzo sit out. I think the Pels will be cautious, so backing the Magic to cover seems like a logical choice.

Of course, the Pels are a better team on paper, but they are also under pressure to extend their winning streak. On the other side, the visitors can play in a relaxed manner, and the Magic have a lot of players who’ll be keen to prove their worth. Orlando is 7-2 ATS in its last nine outings.

Although the Pelicans’ defense has been awful thus far, I don’t think we’ll see a proper high-scoring affair when the Magic come to town. Orlando is limited offensively and prefers to play at a slow pace, averaging 98.3 possessions per 48 minutes (19th in the league).

The Pels record 98.6 possessions per 48 minutes (18th), and the under is 5-1 in their last six outings. On the other side, the under has hit in seven of Orlando’s previous ten contests overall.