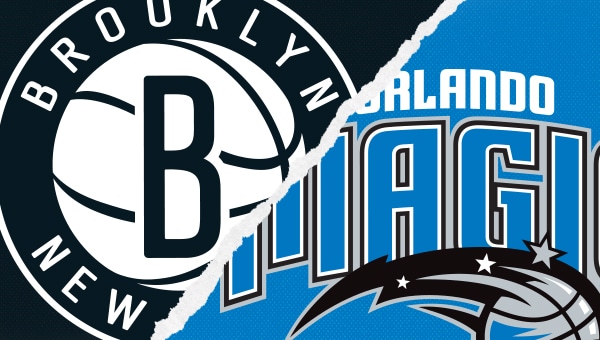 Brooklyn is a 3-point favorite on the opening line, while the game’s Over/Under (O/U) opened at 212.5 points at BetMGM Sportsbook.

The Magic are hoping for a better outcome after not being able to cover as 4-point underdogs in their 122-106 loss to the Dallas Mavericks in their last matchup. The combined points for the game (228) were over the O/U total of 221. Dallas was successful at getting to and converting from the free throw line. The Mavericks made 21 of their 26 free throws (80.8 percent), while the Magic were 15-19 (78.9 percent). Orlando’s Nikola Vucevic had a good game, recording 27 points and 12 rebounds.

The last time the Nets took the court, they easily got past the Charlotte Hornets, 115-86, comfortably covering as 4.5-point favorites. The game’s total points (201) came in under the O/U total of 210. The Nets, who came into the game averaging an effective field goal percentage of 0.513, had a superb mark of 0.580 and held the Hornets to an offensive rebounding percentage of 16.7 (below their season average of 24.0). With 15 points and 11 rebounds, Brooklyn’s Garrett Temple put together a solid outing.

Orlando heads into the contest with records of 24-32 straight up (SU) and 23-29-4 against the spread (ATS). Games including the Magic have finished under the O/U total 53.6 percent of the time.

Meanwhile, Brooklyn owns records of 26-29 SU and 27-26-2 ATS. Much like Orlando, just over half of Nets games have finished under the total.

Orlando blocks 5.8 opponent shots per game, which is ranked fifth in the league. Brooklyn ranks 22nd in blocks allowed per game (5.5).

The Magic’s average margin of defeat in their last five games has been 4.2, up from 1.8 for the season.