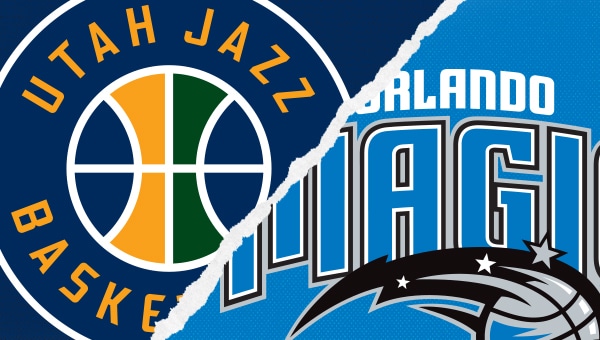 The Jazz beat the Golden State Warriors in their last contest, 114-106, but were unable to cover as 14-point favorites. The game’s combined points (220) finished over the O/U total of 211.5. Getting to the free throw line was one of Utah’s biggest strengths. They made 31 trips to the line, while Golden State went 22 times. With 15 points and 15 rebounds, Rudy Gobert played well for Utah.

After splitting two games last season, these teams will meet for the first time this year. In the last matchup, the Jazz won 106-93. Utah’s effective field goal percentage was its biggest strength over Orlando. The Jazz had a rate of 0.560 while the Magic posted a mark of 0.476.

Orlando holds records of 12-14 straight up (SU) and 11-13-2 against the spread (ATS). Games involving the Magic have no tendency in regards to the total, as there has been an even split between games finishing over and under.

Half-court execution will be at a premium when two of the league’s slowest-paced teams square off. Utah currently ranks 21st in possessions per game (101.5) and Orlando is 29th (99.5).

Over its last five contests, Orlando is 3-2 ATS with 3 unders and 2 overs.

The Magic’s average margin of defeat in their last five games has been 4.8, up from 0.8 for the season.