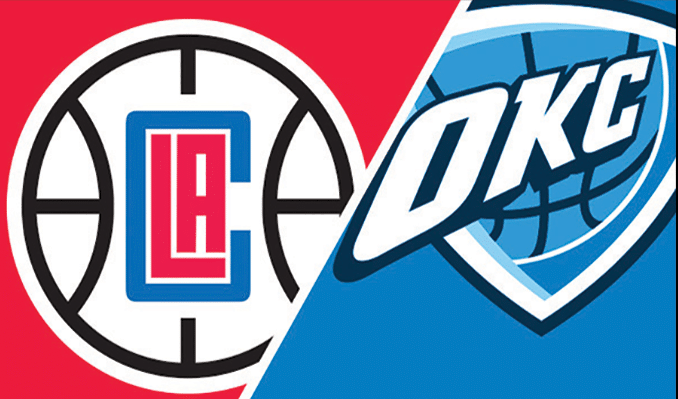 The 2019-20 NBA regular season will close down Friday, August 14, with four games on the schedule. The playoff spots are almost determined, while we’ll see the play-in series in the Western Conference.

The Oklahoma City Thunder and Los Angeles Clippers will meet each other in their regular-season finale to close down a four-game series. The Clippers lead 2-1 and will try to wrap up the regular season on a high note, as well as the Thunder who can clinch the No. 4 seed with a win here.

Therefore, we bring you all need-to-know betting tips and notes for Friday night’s matchup between the Clippers and Thunder at ESPN Wide World of Sports Complex in Kissimmee, Florida.

The Clippers opened as 5.5-point favorites with a total of 225.0 points on BetAmerica. The Thunder are +200 moneyline underdogs on BetMGM.

Although they can finish fourth in the Western Conference with a victory Friday over Clippers, the Thunder have nothing to play for. There’s no home-court advantage in the 2020 NBA Playoffs, as all games are set at the neutral site in the bubble.

The Thunder will meet the Rockets in the first round, while the Lakers lurk in the semis. The Clippers have already clinched the No. 2 seed and will play Dallas at the start of the postseason.

OKC is coming off a 116-115 win to the Miami Heat last Wednesday. It was their third victory in the last five outings. LA outlasted the Denver Nuggets 124-111 Wednesday night, tallying their third win over the last four showings.

First of all, both teams will mix a lot and probably rest their best players. Kawhi Leonard is on a load-management regime for years, so I think the Claw should hit the sidelines in this one.

Both head coaches have a chance to try some new things and experiment a bit. With so many potential surprises and unknown things, it’s tough to say what can we expect from this Thunder versus Clippers matchup.

On the other hand, four of the last five encounters between the Clippers and Thunder went in the under. The Clippers are 2-1 SU and 1-2 ATS in three meetings with OKC this season, and two of three games were typical low-scoring affairs.

The Thunder miss both their playmakers and without Chris Paul and Dennis Schroder, OKC will have a mountain to climb against the Clippers’ defense. I know that both teams will experiment, but the Clippers should win this game.

LA’s depth should be a key factor, so I hope the bookies won’t set a huge spread and make the money line odds unattractive.

Betting on the totals seems like a tricky job. Although both clubs have been efficient lately, their latest H2H duels have been completely different. The Thunder will be quite shorthanded in the backcourt, so there might be some value on the under.