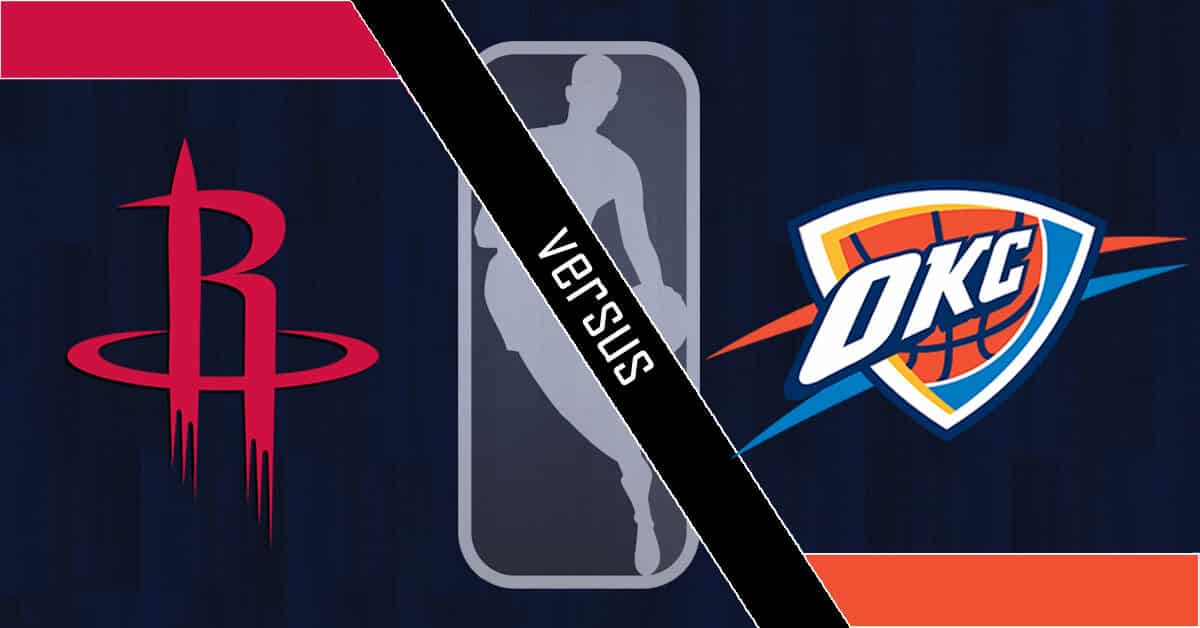 The Rockets travel to Oklahoma City for a matchup with the Thunder. With the Trail Blazers notching a road win this week, the Rockets are left as the only winless road team remaining. The Rockets have notched just one win, carrying the league’s worst record. Can the Rockets end the road drought or will the Thunder keep them on the same losing path?

Check out this NBA promotion for new users on DraftKings Sportsbook. Just sign up and you can wager on either team to win this Thunder vs Rockets matchup with a 40:1 return. A $5 bet pays out $200 if your team wins.

DraftKings Sportsbook has this great offer for new NBA bettors. This Thunder vs Rockets game is no exception. New bettors have the ability to wager $5 on either team to win this game outright. You will receive $200 in free bets on a winning wager. That’s a 40/1 payout for a game with a clear cut favorite.

Why Bet The Thunder

✅ The road futility of the Rockets is truly something to behold. It is not only that they struggle on the road, it is the consistency that is remarkable. They are winless in eight tries with only a couple of those games ending in a single digit differential. Six of the eight losses have come by a double digit margin and their average losing differential is -12.5 per contest.

✅ The approach from the Rockets is as much the problem as the lack of ability from the roster. The Rockets road pace is the second fastest in the league, which does not do well to hide their warts. The result of that tempo is a team lacking any level of efficiency on either end of the floor having more possessions per game to botch. The Rockets rank fourth worst in offensive efficiency and eight worst in defensive efficiency. That translates to ninth worst in gross scoring despite the pace. Worse yet, that translates to second worst in gross scoring allowed.

✅ The Thunder, like their opponent, are also a below average team. This wager is more against the Rockets than it is on the Thunder. The current version of the Thunder simply has more effectiveness than that of the Rockets. Shai Gilgeous-Alexander continues to lead the team, but there are other bright spots as well. Josh Giddey has been quite good to start his career. Lu Dort has been scoring and Jeremiah Robinson-Earl is poised to take a step forward as well. Darius Bazley is also establishing himself as a solid starter in the league. In a matchup of youth based rebuilding teams, the Thunder’s roster is the superior one.