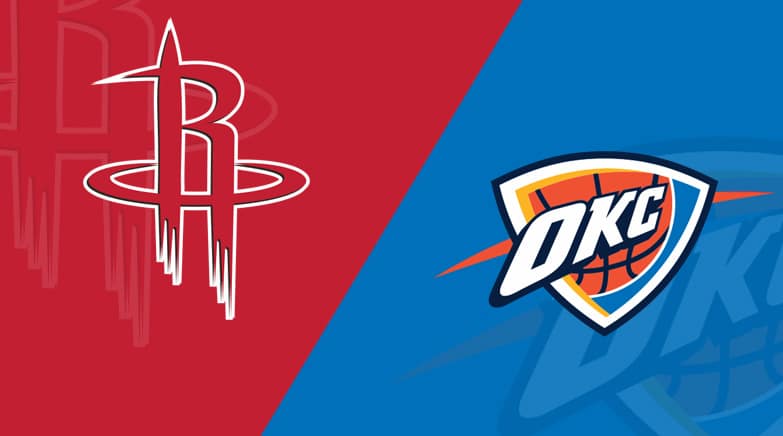 The first round of the Western Conference playoffs brings a marquee matchup between the fifth-seeded Oklahoma City Thunder and the fourth-seeded Houston Rockets. The opening clash of the series is set for Tuesday night at ESPN Wide World of Sports Complex in Kissimmee where the 2020 NBA Playoffs will be held at the neutral site.

Hereof, let’s take a closer look at Game 1 between the Thunder and Rockets, as we bring you the best betting pick for Tuesday night along with all must-read betting tips and trends.

The Thunder will miss Luguentz Dort due to a knee injury, and that’s a big blow for OKC, as Dort is planned to be a primary defender on James Harden. The Rockets are without Russell Westbrook (quad), and the nine-time All-Star won’t take on his former team in the first two games of the series, at least.

OKC is a slight 1.5-point fave on BetAmerica, and the Thunder sit at -120 money line odds. Houston is a +105 money line dog on BetMGM, while the totals have been set at 225.5 points on the same platform.

The Rockets desperately want to grab at least a win out of the first two contests while playing without Russell Westbrook. The Thunder wants the opposite thing and will look to take advantage of Russ’ absence.

Russell Westbrook’s injury will force the Rockets to lean on James Harden even more if that’s possible at all. Harden was averaging 34.3 points and 7.5 assists per game this past regular season, In the last week’s 108-104 defeat to Indiana, the Beard accounted for 45 points, 17 rebounds, nine assists, and three steals.

However, Harden cannot beat the Thunder on his own and will need much help from his teammates. OKC loves to share the ball and play team basketball, and that’s completely opposite from the Rockets’ approach.

The Thunder’s defensive rating of 108.8 points is the seventh-best in the league. OKC is second in the league in the opponent 3-point percentage (34.0%), and we all know how important 3-pointers are for the Rockets.

Last summer, Russell Westbrook and Chris Paul were centerpieces in trade between the Thunder and Rockets. CP-3 will be fired up to beat his former teammates, especially James Harden, and his experience should be a huge boost for this OKC team.

I think the Rockets will miss Westbrook a lot. Russ is doing a huge job on the glass in their small-ball basketball and can guard multiple positions. Therefore, I’m backing the Thunder to win the opener at -120. Don’t bother with a paltry spread.

OKC is 4-1 straight up and 5-0 ATS in its last five meetings with Houston, and the under is 4-1 in that span. Also, eight of the previous 11 encounters between these two foes went in the under along with a push.

The Thunder will certainly look to slow down the tempo, so a betting pick on the under is another interesting option here. Only one of the last eight matchups between OKC and Houston produced more than 225 points in total.