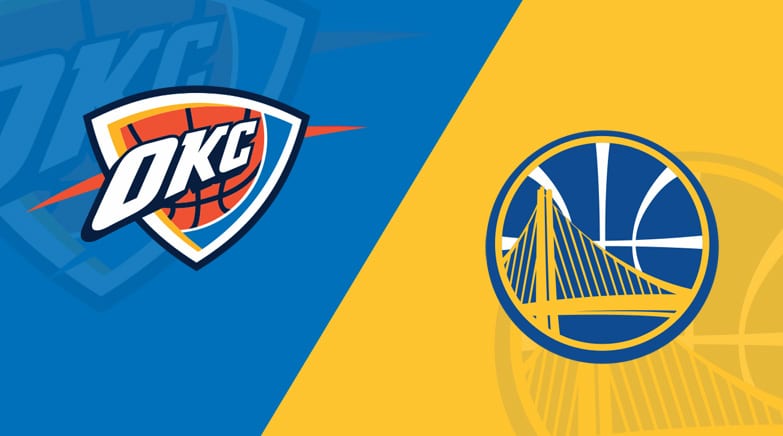 The Oklahoma City Thunder face off against the Golden State Warriors to wrap up their three-game regular-season series, so here’s the best betting pick for Saturday night’s showdown at Chase Center in San Francisco.

The Warriors hope to sweep the Thunder for the first time since the 2016-17 season. Golden State humiliated OKC in their first meeting of the season on April 14, 147-109, while the Warriors easily outlasted the Thunder this past Thursday, 118-97, covering a 13.5-point spread on the home court.

The Dubs opened as massive 15-point favorites for Saturday’s clash, according to PointsBet Sportsbook.

The Thunder dropped 19 of their last 20 games

The Oklahoma City Thunder (21-46; 30-36-1 ATS) didn’t stand a chance of upsetting the Warriors last night, trailing by double digits for most of the game. OKC shot just 40.9% from the field and 23.1% from beyond the arc while handing out 21 assists and allowing 36 in a return.

The Thunder have been historically awful over the last few weeks, suffering 19 losses in their previous 20 games at any location. OKC is on a five-game losing streak at the moment, allowing 117.0 points per 100 possessions during that stretch.

Despite their horrible form, the Thunder are still the No. 13 seed in the Western Conference, half a game ahead of Minnesota, and 4.5 games ahead of Houston. Darius Bazley leads the way for OKC in his last ten outings, averaging 19.7 points and 7.2 rebounds a night. Shai Gilgeous-Alexander is probably done for the season due to a foot injury, while Aleksej Pokusevski (knee) is questionable to play Saturday.

The Warriors are warming up for the play-in tournament

The Golden State Warriors (34-33; 32-35 ATS) had no problems beating the Thunder on Thursday, making 48.8% of their field goals and 40.4% of their 3-pointers. Steph Curry accounted for 34 points and seven assists, Andrew Wiggins had 18 points, seven rebounds, and four dimes, while Mychal Mulder added 25 points off the bench.

The Dubs recorded three wins in their last four outings, going 3-1 ATS in the process. Curry was their leading scorer in the previous eight showings, and the seven-time All-Star has been posting 34.2 points per game over his last ten apps while making 42.6% of his 3-pointers.

The Warriors have some problems with injuries, as five guys are sidelined including James Wiseman (knee) and Kelly Oubre Jr. (wrist). Golden State is the No. 8 seed in the West at the moment, trailing 3.5 games behind the Trail Blazers and Lakers who are tied for the sixth spot in the conference.

The Warriors are only half a game ahead of the ninth-seeded Memphis, so they cannot allow any surprises in this one. Therefore, I’m expecting another strong performance and an easy win over the hapless Thunder.

OKC is obviously tanking. The Thunder have allowed a whopping 152 points to the Pacers just a few days ago. Also, they’ve failed to hit the 100-point mark in four of their last five games overall.

If you like to follow the betting trends, take the under on the totals. The under is 15-3 in the last 18 encounters between the Thunder and Warriors, and it is 9-0 in their previous nine meetings in California.

Furthermore, the under is 5-2 in OKC’s last seven games against the Western Conference. I’ve already mentioned that Oklahoma City has scored more than 99 points only once in its last five showings. On the other side, the under has hit in eight of the Warriors’ previous ten contests overall.