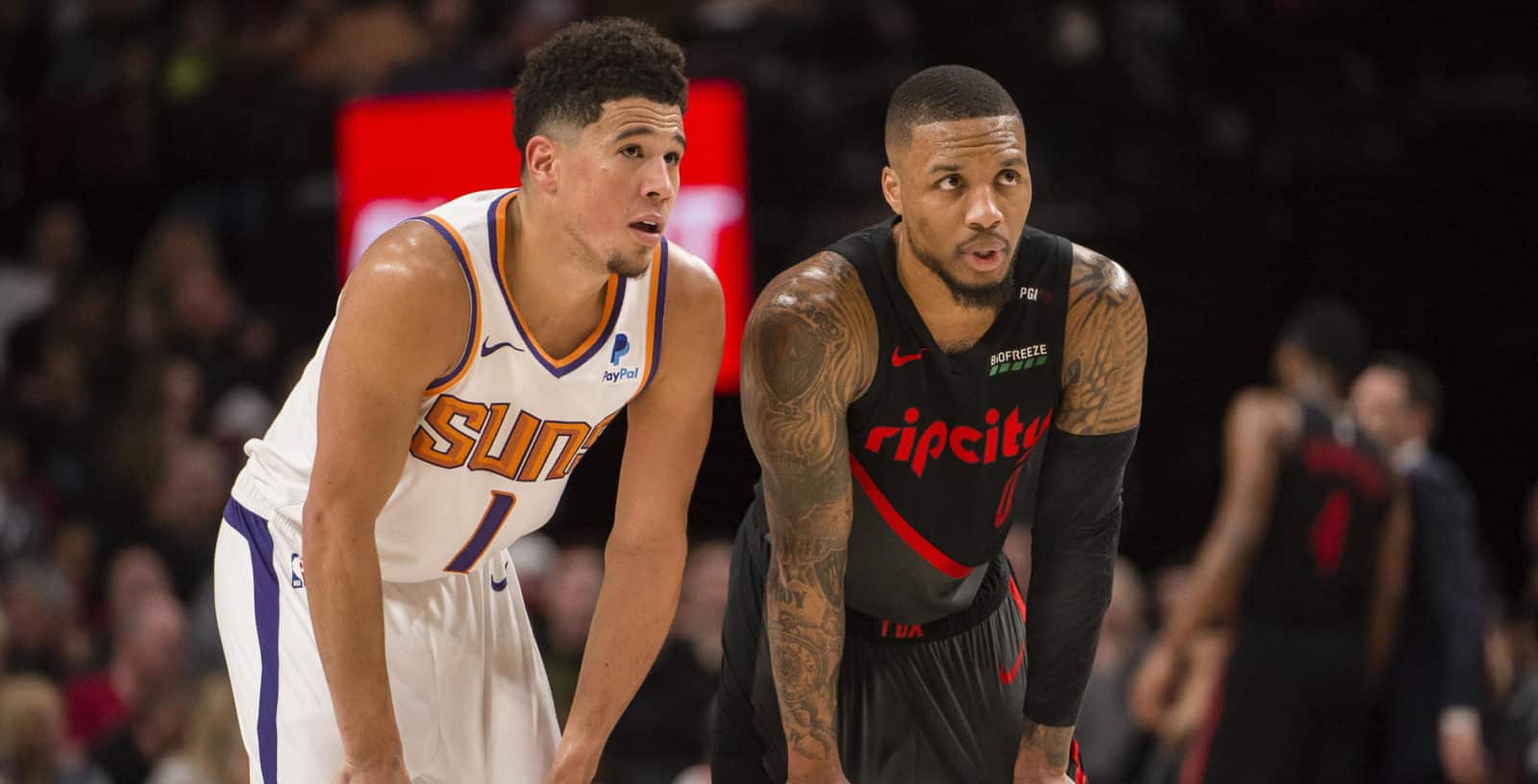 When the league announced that the seeding games would not count towards the regular season awards, the discussion on most, was over. It is not hard to figure out who will win most of them, especially MVP (Giannis Antetokounmpo is going to run away with it.

But what about an MVP of the seeding games? Is that one going to be just as much of a runaway as the regular season MVP? If the oddsmakers at DraftKings are right—yes:

The easy way out would be to assume the likely regular season MVP is going to win. But while Giannis Antetokounmpo played well overall inside the bubble, he wasn’t impressive. With only eight games as the sample, getting ejected early in one should kill any shot he has.

Sticking with the superstars, LeBron James and Anthony Davis can’t make a better case. Both were good, but the Lakers were not too worried about playing their stars; Davis and James ranked 19th and 20th in playing time with 34.6 minutes a game.

Neither even ranked inside the top ten in scoring.

Since the Clippers didn’t really have anything to prove, they didn’t tax their stars too hard either— which explains why Paul George and Kawhi Leonard have such long odds.

James Harden had a good run for the Rockets scoring 33.4 points a game (second highest). But he only played in five of Houston’s seven games to date (No.8 will be on Friday). Since the Rockets know who they will face in the first round, Harden will probably not play.

Looking at the big-name stars is a mistake for the Bubble MVP. Unless the voters haven’t paid a lick of attention, it has to be either Damian Lillard, Devin Booker, or TJ Warren.

Warren started with a bang scoring 53 points against the Philadelphia 76ers and followed that up with two 30+ point games. But then he had a stinker against the Suns and Heat, but he did have an excellent 39-point effort sandwiched in between.

In Devin Booker’s case, the argument for him would be the best player on the team with the best bubble record. He scored 30+ in five of seven games and hasn’t scored less than 20.

Damian Lillard will get a lot of votes because of his 61, 51, and 45-point performances and leading the bubble in scoring (37 points/game). With a 5-2 record through seven games, you could say his efforts had real value as well.

The safe bet is Damian Lillard. Booker has a great case as well, but the big scoring nights will likely put Lillard over the top.

If you are thinking about rolling with a longshot, a great case could be made for Luka Doncic. The Mavericks are not winning as much as the Suns or Portland. However, Doncic is averaging a triple-double (32 points, 11 rebounds, and 11.3 assists).