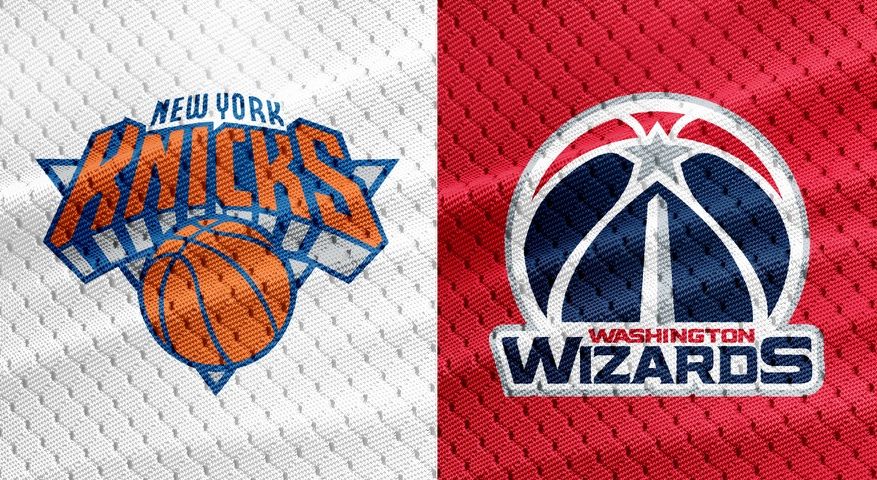 In the Knicks’ last outing, they beat the Brooklyn Nets, 94-82, as 7-point underdogs. The total points for the game (176) finished well under the projected point total of 226. The Knicks held the Nets to an offensive rebounding percentage of 16.1 (below their season average of 23.9) and an effective field goal percentage of 0.353 (below their season average of 0.516). New York rallied around Julius Randle, who was the game’s high scorer with 33 points on 14-for-26 shooting.

The Wizards were blown out by the Detroit Pistons in their last contest, 132-102. They failed to cover as 6.5-point underdogs. The total points for the game (234) came in over the projected point total of 228.5. Detroit’s 0.645 effective field goal percentage was their biggest strength over Washington, who had a mark of 0.451. The Pistons’ mark was above their season average of 0.539, while the Wizards’ was below their season average of 0.535. Anzejs Pasecniks had a good game for Washington, leading the team in scoring with 17 points on 7-for-11 shooting.

The prolific offense of Washington will square off against the bottom-tier defense of New York. The Wizards rank fifth in offensive efficiency, while the Knicks are 27th in defensive efficiency. The Wizards should have the advantage on that side of the ball. Additionally, the Knicks rank first in offensive rebounding percentage (25.2 percent), while the Wizards rank 28th in defensive rebounding percentage (74.9 percent).

New York holds records of 8-24 straight up (SU) and 15-16-1 against the spread (ATS). Vegas is known to place the total high when the Knicks are playing, as 19 of their 32 games have gone under the total.

Meanwhile, Washington owns records of 9-21 SU and 16-14 ATS. Contrary to New York, games including the Wizards tend to finish over the projected point total (60.0 percent).

This will be the second game of the season between these two squads. Brown recorded 26 points, nine rebounds and seven assists in the first game, in which the Wizards beat the Knicks 121-115, covering as 3.5-point underdogs. The game finished with a total of 236 points, which was 9 points above the projected point total of 227 points. The Wizards had a much better turnover percentage (6.6 vs. 12.3) and had a better free throw rate (0.170 vs. 0.129).

Over its last five outings, New York is 2-3 ATS with 3 overs and 2 unders.

Washington is 2-3 ATS with 4 overs and 1 under over its last five games.

The Knicks’ average margin of defeat in their last five games has been 1.4, down from 8.6 for the season.