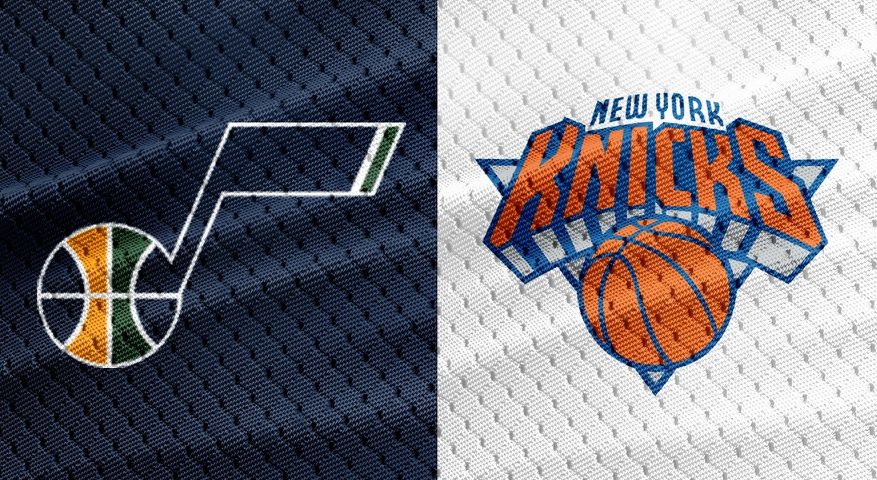 The New York Knicks and Utah Jazz are set to square off on Monday night, as the Knicks play in the second game of their West coast road trip. After an overtime loss to the Lakers, the Knicks will look to bounce back, while the Jazz will look to take advantage of their top star being back in action. In our NBA betting picks for Monday night, we look at Knicks vs Jazz and offer up our best bet for this Monday night matchup.

New bettors at BetMGM Sportsbook can bet $10 Win $200 on the Knicks, Win or Lose You Win!

Players who are just getting started with BetMGM Sportsbook can place their first bet on Knicks vs Jazz to use the site’s welcome bonus. That welcome offer is a risk-free bet worth up to $1,000, which should provide peace of mind for those just getting their feet wet with the site. With that risk-free bet, bettors can either keep their profits if they win with FanDuel, or be reimbursed with up to $1,000 in site credit in the amount they lose.

✅ It is hard to see a path where the Knicks can stop all of the offensive options on the Jazz. Donovan Mitchell should be able to get to the rim at will as Ja Morant did against the Knicks last week, while the Jazz have several deadly three-point shooting options. The Knicks are just not built to defend a team with this many options to score.

✅ The Knicks have lost eight out of their last 10 games, as things are looking bleak for them at the moment. The Knicks are talking about making moves at the trade deadline to try and bolster their roster, but that is not going to help them right now. On the road for an extended period of time, this has the makings of a long road trip for New York.

✅ Utah leads the NBA in points per game, and they shoot more threes than any team in the league. The Knicks like to try and slow games down, but they are going to have a hard time imposing their will on this game given that the Jazz are so good at scoring in big numbers out of the half court.

The New York Knicks are free falling out of the playoff chase in the Eastern Conference, having lost eight of their last 10 games. Their most recent loss was a heartbreaking affair, as they blew a 21-point lead and lost to the Los Angeles Lakers in overtime. Here, the Knicks will look to take some of the positives from their loss to the Lakers and build on them against the Jazz.

The biggest positive from the game against the Lakers was the performance of RJ Barrett, who scored 36 points in the losing effort. Barrett has been great at getting to the basket this season, and was hitting shots from the perimeter to go along with that penetration on Saturday night. He will need to play at a high level again to give the Knicks a chance on Monday night.

The Utah Jazz had been struggling, but have won two straight games coming into this week. More important than wins and losses is the return of Donovan Mitchell, who is back on the floor for Utah. With Mitchell back in the fold, the Jazz blew out the Brooklyn Nets, and look more like the title contenders they were expected to be coming into the season.

There are still some injury concerns for the Jazz to worry about heading into Monday night, as Rudy Gobert is expected to miss this matchup. Jordan Clarkson is also questionable for the Jazz, while Joe Ingles is out for the season with an ACL injury. Even with those injury woes, the Jazz should be able to get the better of the Knicks at home here.