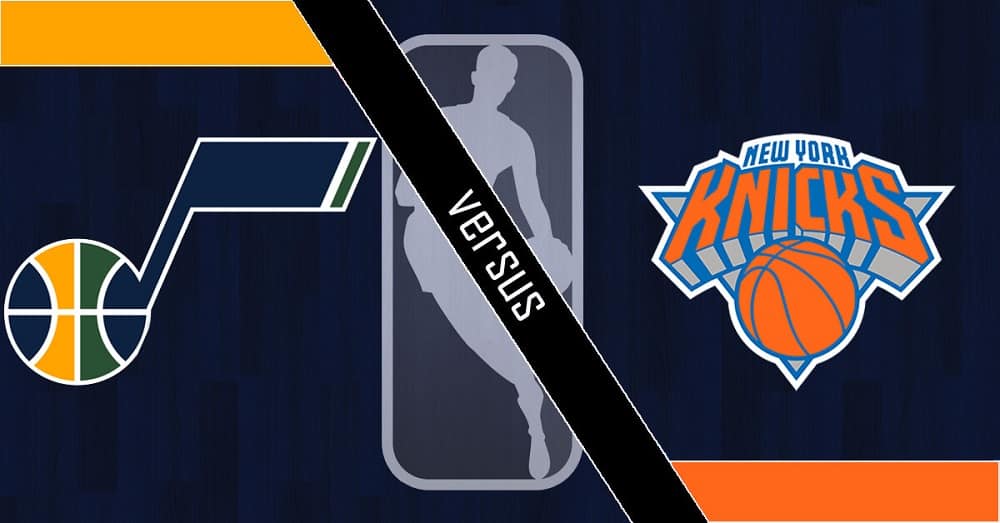 The New York Knicks close down a four-game road trip Tuesday night with a tough interconference clash against the Utah Jazz, so here’s the best betting pick for this intriguing matchup along with the latest odds on SportsBetting Sportsbook and all the key tips and stats.

The Knicks will have a mountain to climb at Vivint Smart Home Arena in Salt Lake City. The Jazz have won eight straight games while covering on all eight occasions. New York could miss Reggie Bullock who’s listed as doubtful with a neck injury. Utah is without Elijah Hughes (ankle), but rookie is out of rotation anyway.

Inconsistency is the Knicks’ middle name

The New York Knicks (8-10; 9-9 ATS) are certainly one of the pleasant surprises of the 2020-21 NBA season, but they’ve had a lot of ups and downs thus far. They started the new calendar year with three consecutive wins followed by five losses in a row, and after another three-game win streak, the Knicks have dropped two straight games on this west-coast journey.

New York is coming off a 116-113 loss at Portland, covering the spread for the fourth time in its last five outings. The final score suggests a tight battle, but the Knicks trailed by as many as 25 points and never really stood a chance until the final minute.

Julius Randle had another good game in Oregon, accounting for 25 points, seven rebounds, and five assists, while rookie Immanuel Quickly exploded for 31 points in 24 minutes off the bench. The Knicks continue to struggle offensively, scoring just 106.1 points per 100 possessions (25th in the NBA) on 44.2% shooting from the field (also 25th).

Utah’s firing on all cylinders

Utah led for all 48 minutes and by as many as 40 points. The Jazz outrebounded the Dubs (57-35) while making 20 of their 50 attempts from beyond the arc (40.0%). Six guys scored in double figures, and Donovan Mitchell led the way once more, finishing with 23 points, seven rebounds, and six assists.

The Jazz will slow down against the Knicks’ stout D, but I’m looking for Utah’s defense to make the difference. New York is quite limited offensively. The Knicks couldn’t surpass a 100-point mark in two of their last four showings, while the Jazz limited their opponents below 100 points three times during their terrific run.

Utah is 4-1 SU and 3-2 ATS in its last five meetings with New York. Three of those four wins came by 24 or more points. Three weeks ago, the Knicks beat Utah 112-100 as 8-point home dogs, so the Jazz will be keen to get revenge. Utah is undefeated since then.

Although the over has hit in eight of the last ten encounters between New York and Utah, the previous two went in the under and produced fewer than 213 points in total each. The Jazz are red hot, but the Knicks play at the slowest pace in the NBA, so I’m not sure what to think about this one.

The pace will be a key factor along with the Knicks’ defense. Also, the Jazz will have a bad shooting night eventually, but they’ll still work hard on the defensive end and won’t rush things a lot.