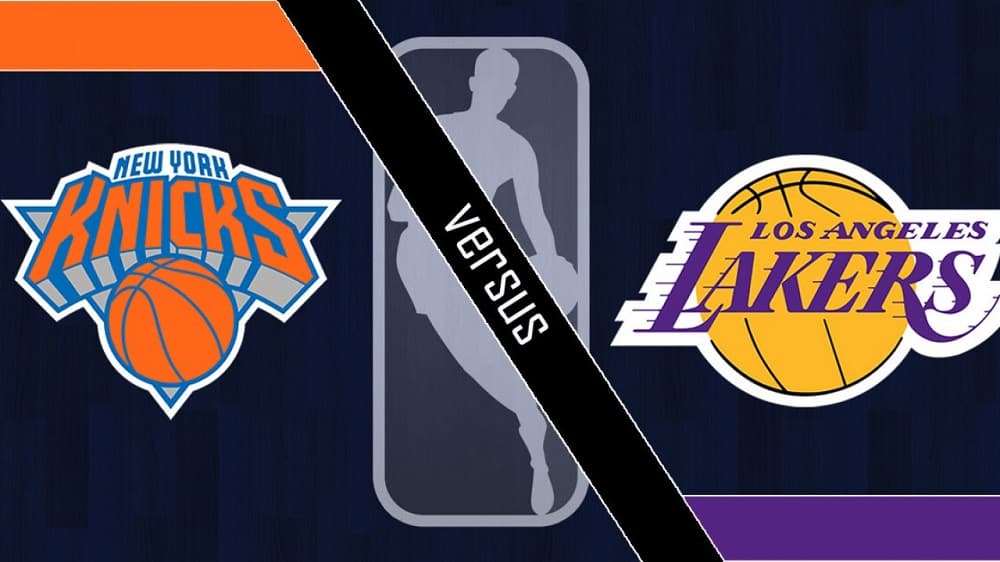 The New York Knicks square off against the Los Angeles Lakers in the marquee showdown at Staples Center in LA on Tuesday night, so I’ve prepared the best betting pick for their second and final encounter of the 2020-21 NBA season.

Just a month ago, the Knicks thrashed off the Lakers as 1-point home favorites, 111-96, but the reigning champs were missing both Anthony Davis and LeBron James. Davis is good to go this time, while LeBron is questionable to play due to an ankle injury, so the Lakers opened as slight 2.5-point home favorites on BetRivers Sportsbook.

The Knicks look for another upset at Staples Center

The New York Knicks (38-30; 43-24-1 ATS) are coming off a 106-100 victory at the Los Angeles Clippers this past Sunday, upsetting the odds as 7.5-point road underdogs. They stopped a two-game slide thanks to an excellent defensive performance, as the Knicks held the Clippers to just 43.0% shooting from the field while yielding 46 second-half points.

Derrick Rose had a big night at Staples Center. The former MVP accounted for 25 points, six rebounds, and eight assists in 32 minutes off the bench. Reggie Bullock hit five triples and finished with 24 points, while Julius Randle posted a double-double of 14 points and 14 rebounds.

The Knicks are the No. 4 seed in the East at the moment, one game ahead of the Hawks and Heat. The seventh-seeded Celtics are three games behind, so the Knicks will certainly avoid the play-in tournament, but they would also like to retain the fourth spot and earn the home-court advantage in the first round of the playoffs.

The Lakers aim for a rare straight victory

As well as the Knicks, the Los Angeles Lakers (38-30; 31-36-1 ATS) snapped a two-game skid last Sunday, outlasting the mighty Phoenix Suns as 6.5-point home dogs, 123-110. It was their second victory in the last seven outings, and the Lakers haven’t won two straight contests since March.

Anthony Davis went off for 42 points on Sunday, torturing the Suns’ defense all night long. He shot 13-for-27 from the field and 15-for-17 at the line to go with 12 rebounds, five assists, three steals, and three blocks. Alex Caruso and Kentavious Caldwell-Pope scored 17 points each, while Ben McLemore added 12 points on 4-for-7 shooting from deep.

The Lakers are the No. 7 seed in the West, trailing one game behind the sixth-seeded Portland Trail Blazers. The reigning champs hope to avoid the play-in tournament, so they need to finish the regular season strong. After Tuesday’s clash against the Knicks, the Lakers will have three more games against Houston, Indiana, and New Orleans.

Even if LeBron James remains sidelined, I think the Lakers will beat the Knicks on the home court. Anthony Davis is healthy and looked unstoppable Sunday against the Suns’ stout defense, so I’m looking for the Brow to make the difference once more.

The Knicks lean on their defense, but they’ll have a tall task on the other side of the ball, as the Lakers are capable of playing some excellent D. Los Angeles owns the best defensive rating in the NBA (107.1 points allowed per 100 possessions), while the Knicks are fourth in the league (108.5).

This should be a proper defensive battle, so I’m backing the under on the totals. As I’ve mentioned above, we’ll see a couple of tough defensive teams that rank among the top four in the league in defensive efficiency.

Furthermore, the Knicks love to take things slowly and average the fewest possessions per 48 minutes (96.2). On the other side, the Lakers know they have to win this game on the defensive end, especially if LeBron sits out.