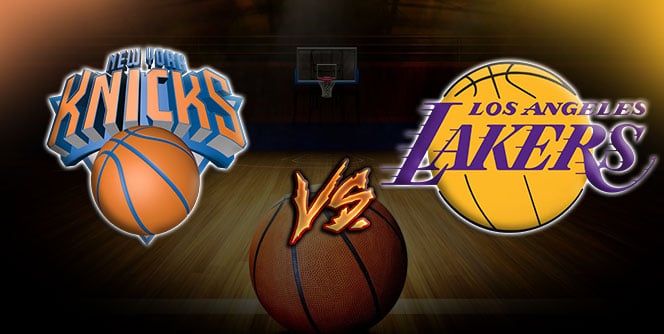 In the Knicks’ last matchup, they were topped by the Los Angeles Clippers, 135-132, but they did cover as 10-point underdogs. The game’s combined points (267) finished well over the projected point total of 220. Los Angeles’ offensive rebounding percentage was their largest advantage over New York. The Clippers had a rate of 25.6 (above their season average of 24.8), while the Knicks posted a mark of 20.0 (below their season average of 25.0). Marcus Morris Sr. was the game’s high scorer with 38 points on 13-for-19 shooting.

The Lakers defeated the Detroit Pistons in their last game, 106-99, but were not able to cover as 14.5-point favorites. The game’s total points (205) finished under the projected point total of 219.5. The Lakers held the Pistons to an offensive rebounding percentage of 13.3 (below their season average of 22.6) and had a turnover percentage of 11.3 (better than their season average of 12.9). With 21 points, 14 rebounds and 11 assists, Los Angeles’ LeBron James led the way with his eighth triple-double this year.

After the Knicks won both meetings against the Lakers last season, these teams will go head-to-head for the first time this year. In the most recent contest, New York won 124-123. The Knicks knocked down 24 of their 29 free throws (82.8 percent) and had a much better effective field goal percentage (0.658 vs. 0.521).

Meanwhile, Los Angeles owns records of 29-7 SU and 18-17-1 ATS. Games featuring the Lakers also have a tendency to finish under the total (58.3 percent).

Los Angeles could dominate on the offensive side of the ball as their high-powered offense goes up against one of the worst defenses in the NBA. The Lakers currently rank fourth in offensive efficiency, while New York ranks 26th in defensive efficiency.