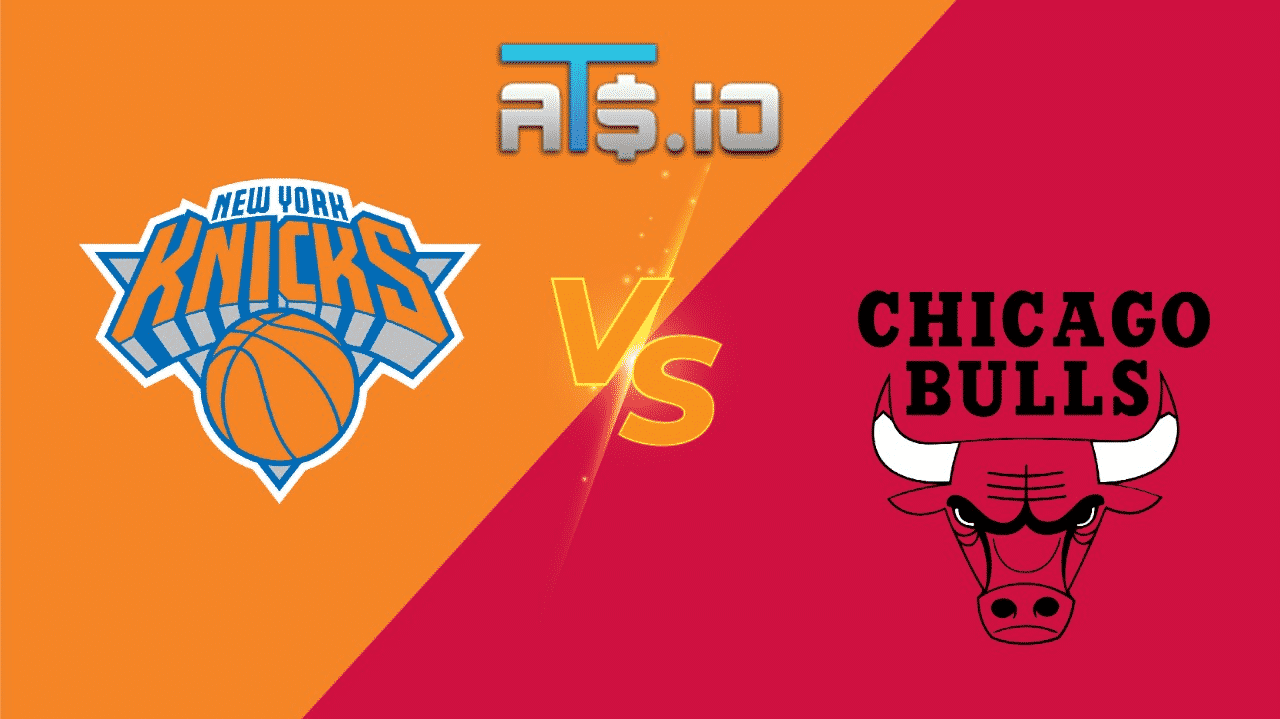 The New York Knicks and Chicago Bulls had a great rivalry in the 1990s, meeting multiple times in the postseason. Here in 2021, both teams have their sights set on postseason success once again, as both teams are off to red-hot starts. On Thursday night, Knicks vs Bulls is set to be the most exciting game on the NBA schedule, and our NBA picks include a pick for this Eastern Conference contest.

New bettors at DraftKings Sportsbook can wager on either team to win this Knicks vs Bulls showdown, with a $5 bet paying out $200 if that team wins.

When the Knicks and Bulls face one another, bettors can get a 40/1 payout on either side to win the game at DraftKings Sportsbook. All bettors have to do is wager $5 on either team to win this Knicks vs Bulls showdown. If that bet wins, bettors will receive $200 in free bets to be used at DraftKings Sportsbook, along with any profits that are earned from the original $5 bet.

✅ The Bulls rely heavily on the two-point shot to get their points, specifically the mid-range jump shot with Zach LaVine and DeMar DeRozan. Chicago is shooting a league-worst 26 shots per game three-point range, which is not going to suit them well as they will have to make threes to keep up with the Knicks’ three-point focused attack.

✅ Strength of schedule has been vastly different for these two teams coming into this game. The Bulls have beaten the Pistons twice, the Pelicans and the Toronto Raptors. New York, meanwhile, has already beaten the Boston Celtics and Philadelphia 76ers in addition to splitting a pair of games with the Orlando Magic.

Even with a loss to the lowly Orlando Magic on their record this season, the New York Knicks have been very impressive to start this season. Tom Thibodeau’s team is 3-1 on the year, with statement wins against the Celtics and 76ers already on their resume in the first week of their season. Here, the Knicks have a golden chance to pick up a third signature win in their first five games against a Bulls team that has yet to lose this season.

For the Knicks to be successful in this game, they are going to need to continue to make threes. But the Knicks’ defense is going to be the key to this matchup, as New York will have to slow down two tricky players to guard in LaVine and DeRozan. Guarding the perimeter and mid-range simultaneously can be difficult, and LaVine’s game forces opponents to do just that, which Thibodeau will need to put his team in a position to do.

The Chicago Bulls have blown through their competition so far, beating up on the Pistons twice, the Pelicans and the Raptors en route to a 4-0 start. Chicago’s new core of Lonzo Ball and DeMar DeRozan have gone nicely with Zach LaVine, as those players have all managed to share the ball despite a relative lack of familiarity with one another. This game against the Knicks is poised to be the biggest test of the new-look Bulls so far, though.

For the Bulls to pass this test, they will need to guard the three-point line and take away what the Knicks do best. The Bulls are allowing opponents to make 33% of their three-point attempts so far this season. But their opponents have been less than stellar so far, and the Bulls will really have to dig in to avoid that average increasing after Thursday night.