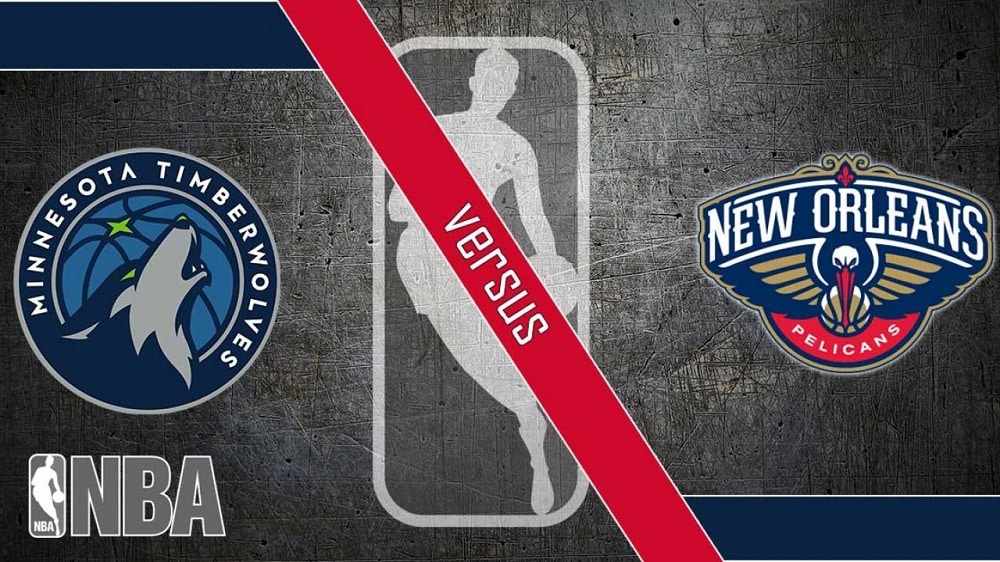 The New Orleans Pelicans head to Target Center in Minneapolis on Saturday night to take on the Minnesota Timberwolves and wrap up a six-game road trip. Hereof, I’ve prepared all need-to-know betting tips and notes for this Western Conference showdown along with my top betting pick and the latest odds update on DraftKings Sportsbook.

The Pels have won three of their last four encounters with the T-Wolves, covering twice in the process. They opened as firm favorites for Saturday’s clash, so let’s take a closer look.

The New Orleans Pelicans (5-9; 5-9 ATS) are coming off a two-game set at the Utah Jazz, suffering a couple of double-digit losses. They’ve won only one of their last eight games overall, so the Pels desperately need to get things going.

Zion Williamson continues to lead the way for the Pelicans, averaging 23.7 points and 7.6 rebounds on the season. Brandon Ingram adds 22.9 points, 5.7 boards, and 4.8 assists per game, but the rest of the Pelicans team has to step up as soon as possible.

The Minnesota Timberwolves (3-11; 6-8 ATS) extended their slide to four games last night, suffering a 116-98 home loss to the Atlanta Hawks as 6-point underdogs. They scored a paltry 43 first-half points and finished with 43.0% shooting from the field and 25.0% from beyond the arc.

Although Karl-Anthony Towns is sidelined due to the COVID-19, the Timberwolves scored 56 points in the paint against Atlanta. They handed out 30 assists, but the Timberwolves’ defense has been terrible once again.

Ricky Rubio returned from a two-game absence, but the T-Wolves will miss KAT for a few more games. D’Angelo Russell averages 21.4 points and 5.6 assists per contest, but he had just nine points on 22.2% shooting last night.

I’m looking for the Pels’ frontcourt to make the difference here. Zion Williamson will torture the T-Wolves all night long, so give me the visitors to cover despite an 8-point spread. If they want to join the playoff race in the West, the Pels have to win games like this one without any serious problems.

The Pels are underperforming on both sides of the ball. They have to improve, especially on the defensive end, and the clash with the hapless Timberwolves is a perfect opportunity for a fresh start. The under is 4-1 in Minnesota’s last five games, while the over is 8-1 in New Orleans’ previous nine outings.