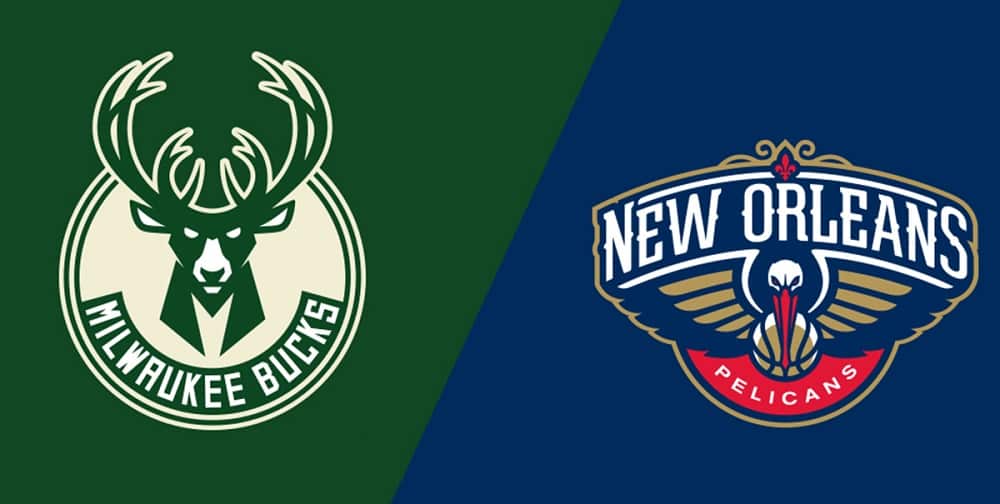 The New Orleans Pelicans hit the road Thursday night to face off against the Milwaukee Bucks, so here’s the best betting pick for their interconference showdown at Fiserv Forum in Milwaukee, Wisconsin, along with all the key betting tips and trends.

The Pels and Bucks meet for the second and final time this regular season, and New Orleans upset Milwaukee as a 7-point home underdog on January 29, 131-126. The Bucks opened as firm 9-point favorites for Thursday’s clash, according to BetMGM Sportsbook, while the totals sit at 240.5 points.

New Orleans has a clean bill of health ahead of the start of its two-game road trip. Milwaukee might miss Jrue Holiday (16.4 PPG, 5.4 APG) who’s listed as doubtful due to the medical protocols.

The Pelicans beat Detroit for their second straight W

The New Orleans Pelicans (14-17; 13-18 ATS) are finally on the winning path after beating the Detroit Pistons as 9.5-point home favorites last night, 128-118. Zion Williamson went off for 32 points on 13-for-18 from the field; Brandon Ingram had 27 points and eight assists, while the Pels shot 55.6% from the field and 43.5% from downtown to overcome a five-point halftime deficit.

Over his last ten outings, Zion is averaging 29.0 points on 67.7% shooting from the field. Williamson and Ingram continue to lead the way for the Pelicans who score 115.6 points per 100 possessions (7th in the NBA).

However, New Orleans has some serious problems on the other side of the ball, allowing 115.9 points per 100 possessions (28th). Also, the Pelicans rank 21st in the league in opponent field goal percentage (47.1%) and 28th in opponent 3-point percentage (39.5%).

The Bucks look for their fourth consecutive victory

The Milwaukee Bucks (19-13; 16-16 ATS) are rolling on a three-game win streak following a 139-112 dismantling off the Minnesota Timberwolves this past Tuesday. They easily covered a 10-point spread and improved to 8-0 ATS in their last eight outings at home as double-digit favorites.

Giannis Antetokounmpo had another big night, accounting for 37 points, eight rebounds, and eight blocks. Six more players finished in double-figures including Bryn Forbes who racked up 23 points off the bench, while the Bucks made 53.5% of their field goals and 47.6% of their triples.

The Bucks went through a rough patch this month, suffering five straight losses. They are back on the right track and will be keen to get revenge for that five-point loss in New Orleans, so I’m backing the Bucks to roll over the Pelicans.

New Orleans continues to struggle mightily on the defensive end and that will be a huge issue against the Bucks. Milwaukee can score in a variety of different ways, while Giannis Antetokounmpo should school Zion Williamson a bit and help his team cover a 9-point spread.

The betting trends are clearly suggesting the over. Ten of Milwaukee’s last 15 games went in the over, as well as 17 of New Orleans’ previous 21 contests. Also, the over is 8-1 in the Pelicans’ last nine road tilts, 6-2 in the Bucks’ previous eight home matchups, and 7-1 in the last eight encounters between these two foes in Milwaukee.