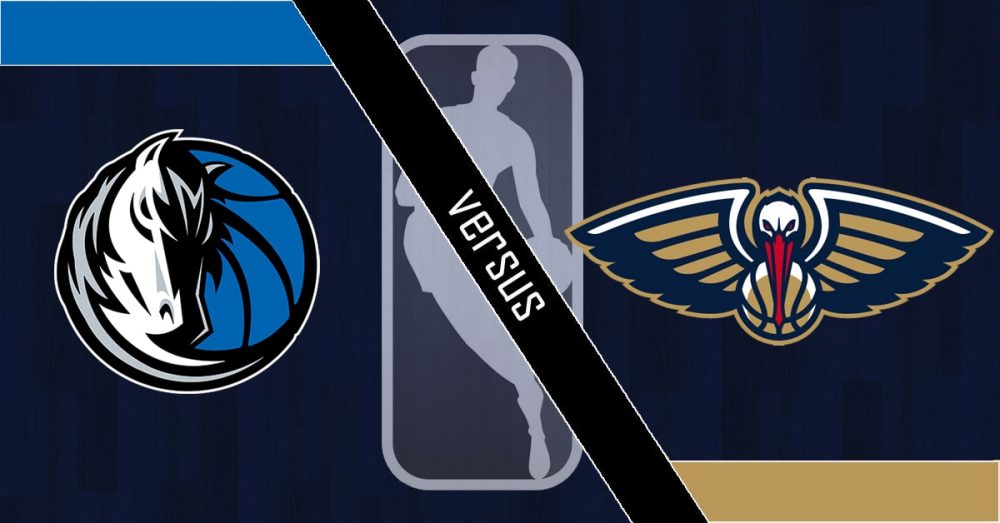 Although it’s early in the season, Friday’s clash at American Airlines Center in Dallas will have a lot on the table for both sides, so I bring you the best New Orleans Pelicans vs. Dallas Mavericks betting pick along with all the key tips and trends for this Western Conference showdown.

Both Pelicans and Mavericks have a clean bill of health and hope for a successful night, as each team has been a huge disappointment thus far. The Mavericks opened as slight 2-point favorites on BetRivers Sportsbook, while the totals sit at 233.5 points.

After a poor start of the season and ten losses through their first 15 games, the New Orleans Pelicans (11-13; 11-13 ATS) have improved recently. They’ve just put an end to a four-game winning streak with a 129-116 defeat at the Chicago Bulls which was arguably the Pels’ first poor performance in February.

New Orleans played some lousy defense, allowing the Bulls to make 59.3% of their field goals and 53.2% of their 3-pointers, while Zach LaVine tortured the Pelicans for 46 points. Chicago scored 44 points in the first quarter and 40 in the third, so the Pels obviously lacked focus and fully deserved a heavy loss.

Zion Williamson and Brandon Ingram combine for 47.5 points per game, and they’ve played very well over the last ten days. The Pelicans have the eighth-best offensive rating in the league (113.4), but their defensive rating is the seventh-worst in the NBA (113.5). Also, the Pels rank 22nd in opponent 3-point percentage (38.0%).

As well as the Pelicans, the Dallas Mavericks (12-14; 10-16 ATS) have improved lately, winning four of their last five games overall. They are on a three-game win streak following a 118-117 victory to the Atlanta Hawks this past Wednesday.

Dallas rallied from a ten-point halftime deficit on the back of another Luka Doncic’s triple-double. He finished with 28 points, ten boards, and ten assists, while Kristaps Porzingis played just 19 minutes and accounted for 15 points and four rebounds. The Mavs’ bench combined for 51 points, and Jalen Brunson went off for 21 points and five assists.

As you can notice, there’s a couple of betting trends that support my wager, but I’m actually going against one particular trend here. The Dallas Mavericks are a horrible 0-9 ATS in their last nine outings on the home court, and that awful run has to come to an end.

We should see a hard-fought battle, and the previous clash between these two teams was decided by four points, as Dallas outlasted New Orleans 127-123 as 6-point home favorites. The Mavericks are 4-0 SU and 3-1 ATS in their last four meetings with the Pels, and I think they will extend their dominance Friday night.

Both teams are struggling to defend well, and the Mavericks will be in a strong position if they manage to speed up things against the Pelicans who play at the tenth-slowest pace in the league.

Considering all the defensive flaws on both sides, betting on the over seems like a logical choice even though the line is set pretty high. I would stick with the Mavericks to win and cover, but if you like to follow betting trends, take the over on the totals.

Eight of the last 11 encounters between the Pelicans and Mavs went in the over, as well as four of their previous five meetings in Dallas. Also, the over is 15-4 in the Pels’ last 19 games overall, and it is 5-0 in the Mavericks’ previous five outings.