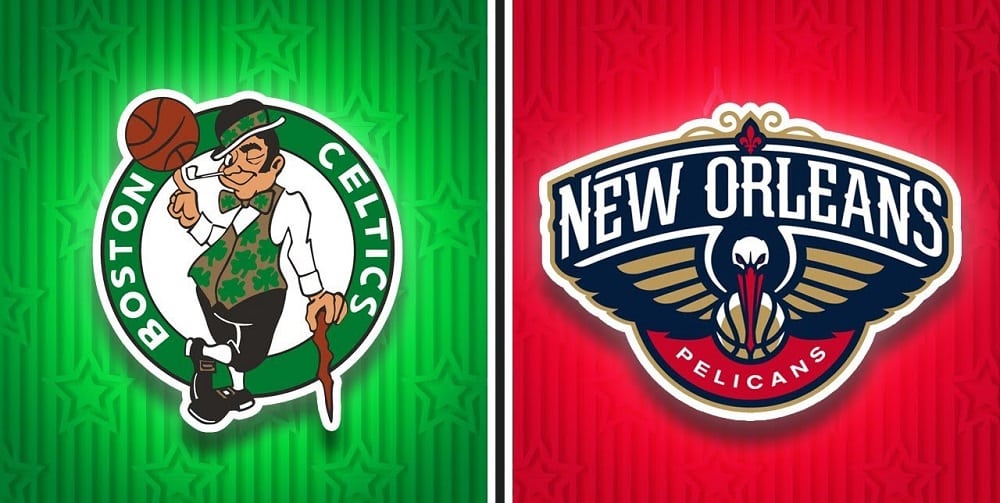 The New Orleans Pelicans head to TD Garden in Boston on Monday night to wrap up their two-game regular-season series against the Boston Celtics, so I’ve prepared the best betting pick for this interconference showdown along with the latest team news and stats.

The Celtics opened as 5-point favorites for Monday’s clash, according to BetMGM Sportsbook, while the Pelicans are listed as +200 moneyline dogs. Back in February, the Celtics visited the Pels as 2.5-point favorites and suffered a 120-115 defeat.

The New Orleans Pelicans (20-25; 21-24 ATS) closed down a three-game homestand this past Saturday, outlasting the Dallas Mavericks as 5.5-point favorites, 112-103. It was their third victory in the last four games overall, and Zion Williamson had another tremendous night on the offensive end.

Zion tortured the Mavs for 38 points on 13-for-20 shooting from the field, also adding five rebounds and six assists to his tally. Over his last ten outings, Williamson has been averaging 29.1 points on 68.1% shooting from the field a night, but the Pelicans are still 3.5 games behind the No. 8 seed in the West and will have a difficult time down the stretch.

New Orleans missed Lonzo Ball (hip) in the last three games, and the 23-year-old PG has been an important member of the Pelicans’ starting five thus far, averaging 14.2 points and 5.6 assists on the season. Ball is questionable to play Monday, as well as backup center Jaxson Hayes (wrist). After the clash against the Celtics, the Pels return home for a two-game homestand against Orlando and Atlanta.

The Celtics routed OKC for their second straight win

The Boston Celtics (23-23; 22-24 ATS) finished a four-game road trip last Saturday, thrashing off the Oklahoma City Thunder as 6.5-point road favorites, 111-94. They pulled off in the fourth quarter, allowing just 14 points in the final 12 minutes.

Boston played in Oklahoma City on the second day of a tough back-to-back set. The Celtics surprisingly beat Milwaukee 122-114 on Friday, as Jayson Tatum went off for 34 points and seven assists. It was their fifth win in the last eight outings, and the Celtics are No. 7 seed in the East at the moment, one game ahead of Indiana and Miami.

The Celtics are without Tristan Thompson (medical protocols), while Evan Fournier and Romeo Langford are both questionable for Monday night, also due to the COVID-19 medical protocols. Boston starts a seven-game homestand and will look to keep the momentum on its side in the next two weeks. The Celtics have been inconsistent all season, riding a three-game win streak only twice thus far.

The stake is already huge for both New Orleans and Boston, and I’m expecting the Celtics to thrive under pressure, especially because they’re playing on the home court. Boston could struggle with Zion on the low post, but I don’t trust the Pelicans’ defense to slow down the Celtics.

New Orleans surrenders a whopping 116.0 points per 100 possessions, recording the third-worst defensive rating in the NBA. Also, the Pelicans are the second-worst team in the league when it comes to defending the 3-point line, allowing their rivals to shoot 39.1% from deep.

Three of Boston’s last four games went in the over, while the under is 4-1 in the Pelicans’ last five outings. As well as the Pelicans, the Celtics have some serious defensive issues and yield 113.0 points per 100 possessions (22nd in the NBA), so I’m not surprised by a 230.5-point line.

Despite that high chalk, these two foes could easily combine for 231 or more points, considering their leaky defenses. I’m going with the over, but the Celtics remain my top pick here.