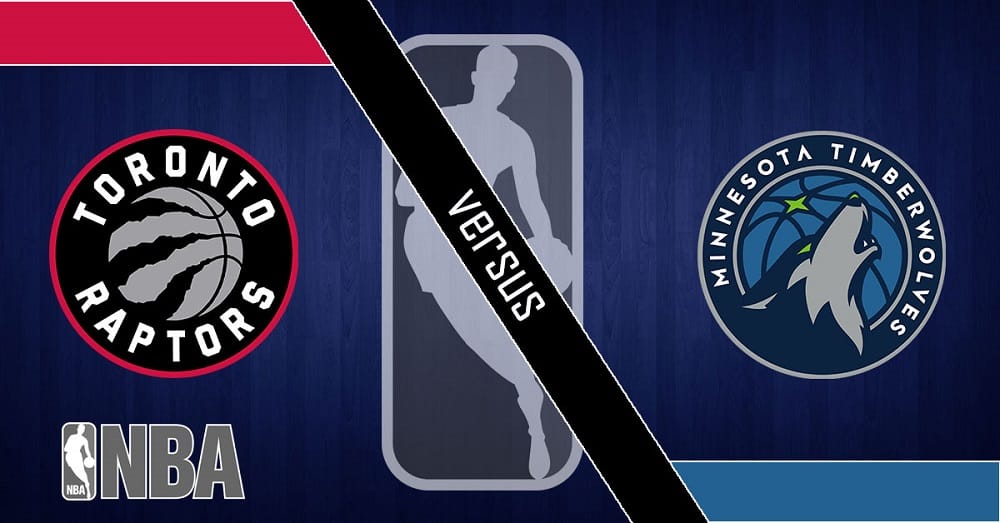 Week 8 of the 2020-21 NBA season wraps up Sunday, February 14, 2021, so here’s the best betting pick and the latest odds update on DraftKings Sportsbook for the interconference clash between the Minnesota Timberwolves and Toronto Raptors.

These two foes meet for the first time this season, and the Raptors will search for their sixth consecutive victory over the T-Wolves. Toronto opened as an 8-point home fave with a total of 229.5 points.

The Timberwolves will miss D’Angelo Russell (leg) and Jarrett Culver (ankle). On the other side, the Raptors might be without OG Anunoby (calf) and Yuta Watanabe (ankle), as both guts are listed as questionable to play.

Minnesota hopes for an upset to stop a four-game slide

The Minnesota Timberwolves (6-20; 13-12-1 ATS) are coming off a 120-114 defeat at the Charlotte Hornets this past Friday, failing to cover a 2.5-point spread. It was their fourth straight loss and third in a row on the road, as Minnesota has won only one of its previous 13 showings away from home.

The Timberwolves kept it close for all 48 minutes against Charlotte but couldn’t get the job done down the stretch. Malik Beasley had another good game, accounting for 31 points and five rebounds, while Karl-Anthony Towns added 25 points and eight boards.

With Karl-Antony Towns (COVID-19) back in the lineup, the T-Wolves hope for better days. KAT’s averaging 21.8 points and 11.3 rebounds through six appearances this term, while Malik Beasley is posting 21.0 points and 5.2 boards per game.

The Toronto Raptors (12-14; 11-15 ATS) have just wrapped up a six-game road trip with a 120-106 defeat at the Boston Celtics. After Sunday’s clash against the Timberwolves, Toronto will hit the road once more and visit the Milwaukee Bucks for a two-game series, so the Raptors hope to tally this one into the win column.

Over their last seven games, the Raptors went 5-2 straight up and ATS. They struggled with fatigue in Boston, playing back-to-back after a 137-115 victory at Washington. The Raptors trailed for all 48 minutes, allowing the Celtics to make 20 triples out of 39 attempts from deep.

The Raptors have improved a lot over the last few weeks. They are seventh in the Eastern Conference at the moment, four games behind the No. 2 seed and 1.5 games behind the No. 4 seed. Toronto scores 113.9 points per 100 possessions (8th in the NBA) while yielding 111.8 in a return (17th).

As I’ve mentioned, the Raptors have been playing well recently, especially on the offensive end. Still, they have to do a better defensive job, and the clash against the Timberwolves is a perfect opportunity for the Raptors to make some improvement.

The next two games in Milwaukee will be very tough for Toronto, so I’m expecting the Raptors to storm the front in this one and easily beat the short-handed Timberwolves. D’Angelo Russell’s absence is a huge blow for Minnesota, and the Raptors’ backcourt will be a key factor.

The over has hit in the Raptors’ previous eight games overall. Also, the over is 4-0 in Minnesota’s last four outings, and it is 8-3 in the previous 11 meetings between the Timberwolves and Raptors. Their last H2H duel produced 263 points in total, as Toronto outlasted Minnesota 137-126 as 8.5-point home favorites with a total of 233.5 points.

Considering all the defensive flaws on both sides, we should see another high-scoring affair on Sunday. Neither side prefers to play at a slow pace, so give me the over on the totals.