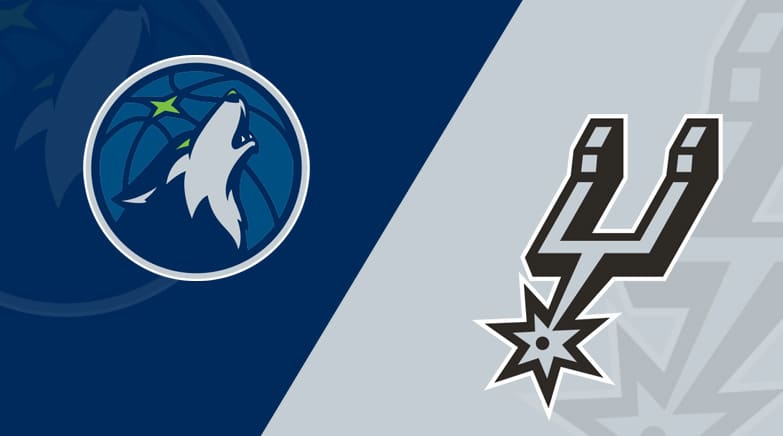 The Minnesota Timberwolves and San Antonio Spurs will close down their three-game regular-season series Wednesday at AT&T Center in San Antonio, so here’s the best betting pick along with the key team stats and news.

The T-Wolves and Spurs split their first two encounters of the season played at Target Center in Minneapolis. San Antonio won the opener 125-122 as 3.5-point favorites, and Minnesota responded with a 96-88 victory as a 4.5-point underdog.

The Timberwolves are still without Karl-Anthony Towns (COVID-19) and Jarrett Culver (ankle). On the other side, the Spurs are coming in full strength, opening as 8.5-point favorites on BetMGM Sportsbook.

Rookie Anthony Edwards went off for 23 points in that five-point win to the Cavs, but he had only 13 points in the second clash against Cleveland. Six players scored in double figures last Monday, but it wasn’t enough, as the Timberwolves trailed for most of the game.

D’Angelo Russell continues to lead the way for Minnesota in KAT’s absence, racking up 19.9 points and 5.3 assists per game. The Timberwolves struggle mightily on both sides of the floor, scoring the fewest points per 100 possessions in the NBA (104.6) while yielding the fourth-most in a return (113.7).

San Antonio played some lousy defense against the red-hot Grizzlies who went 35-for-65 from beyond the arc through the series. Furthermore, the Spurs allowed a whopping 62 points in the paint on the back end of the set to complete their terrible defensive performance.

I expect to see some reaction from the Spurs following that disaster against Memphis, but with 8.5 points on the table, I’m backing the visitors here. Minnesota is a bad team, and I don’t expect the Timberwolves to win this game, but they should be able to keep it close.

The T-Wolves need to work hard and continue to improve. There’s no reason for a heavy loss here, as the Spurs are far away from an elite level. The Timberwolves already played a couple of tight games versus San Antonio this term and are 4-0 ATS over their previous four matchups with the Spurs.

Both Minnesota and San Antonio are in the top 10 when it comes to pace, and considering their poor defenses, we should see a proper high-scoring affair. The over has hit in seven of their previous nine head-to-head duels, so I would take the over on the totals.

Minnesota had a couple of tight contests against Cleveland, but the Cavs love to play at a slow pace. The Spurs will take every chance to speed up things, and we saw against Memphis what happens when they don’t defend well. The over is 5-1 in the Spurs’ last six meetings with the Western Conference, and it is 8-1 in Minnesota’s last nine encounters with the Western Conference.