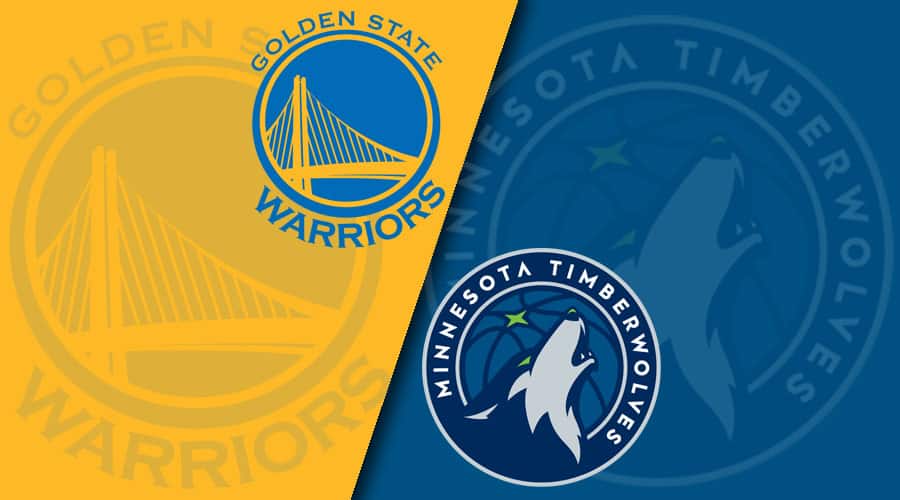 The Minnesota Timberwolves and Golden State Warriors will open a two-game series at Chase Center in San Francisco this Monday night, so here’s the latest odds update on PointsBet Sportsbook along with my best betting pick and tips for this Western Conference showdown.

The Warriors opened as firm 8-point favorites with a total of 225.0 points. They’ve dropped three of their previous four games against Minnesota, but the Dubs are undefeated in seven straight home encounters with the T-Wolves.

The Minnesota Timberwolves (4-11; 7-8 ATS) are coming off a 120-110 home win to the New Orleans Pelicans this past Saturday, putting an end to a four-game losing streak and covering the spread for the second time in the last three outings.

The Timberwolves played without D’Angelo Russell and Karl-Anthony Towns last Saturday. Russell will return after getting a day off to rest, but KAT remains sidelined due to the COVID-19. Towns played only four games this season, and without their best player, the Timberwolves have a lot of problems in their frontcourt.

Golden State continues to play in an on-off form

The Golden State Warriors (8-8; 7-9 ATS) haven’t won three straight games this term and will try to avoid their first three-game losing streak of the season when they welcome Minnesota. The Dubs suffered a 119-104 home loss to the Knicks and a 127-108 defeat at the Jazz in their last two showings.

Steph Curry dropped 24 points on Utah this past Saturday to go with seven assists and seven rebounds, but the Warriors didn’t stand a chance, trailing for all 48 minutes and mostly by 20 or more points.

The Warriors shouldn’t have any problems stopping their two-game slide. They’ve dominated the Timberwolves at home lately, and this Minnesota team has too many flaws in its game.

Golden State needs to control the glass and take full advantage of Minnesota’s awful defense that surrenders 113.4 points per 100 possessions (27th) on 47.4% shooting from the field (24th). If they put on a solid offensive performance and make some stops against the third-worst offense in the league, the Warriors will cover an 8-point spread.

As I’ve mentioned, both Golden State and Minnesota have struggled thus far. Considering their stats and current form, we should expect to see some up-tempo basketball but with a lot of bad decisions offensively and defensively.

These two Western Conference foes love to play at a fast pace, so I’m backing the over on the totals. The Warriors are third in the league with 104.1 possessions per 48 minutes, while Minnesota averages 101.4, enough for the eighth-most in the NBA.