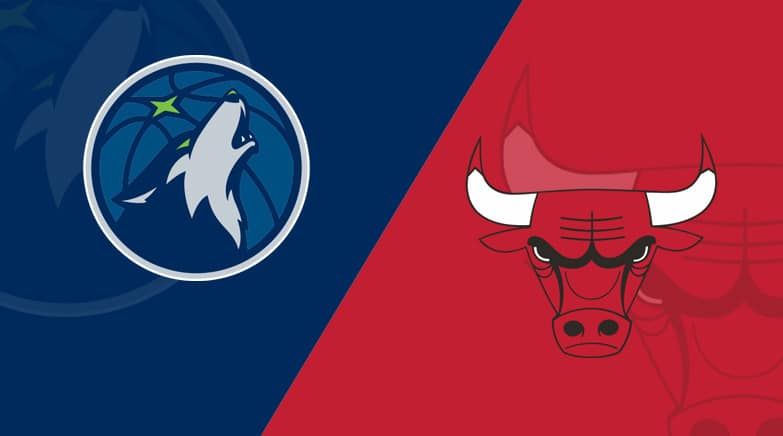 The Minnesota Timberwolves continue their four-game road trip Wednesday at United Center in Chicago, taking on the Bulls for the first time this season, so here’s my best betting pick for this interconference showdown along with the latest odds on BetMGM Sportsbook.

The T-Wolves are coming to the Windy City without D’Angelo Russell (knee) and Jarrett Culver (ankle). On the other side, the Bulls miss Lauri Markkanen (shoulder) and Otto Porter (back), while Chandler Hutchinson (personal) is listed as questionable.

Minnesota is still the worst team in the NBA

The Minnesota Timberwolves (7-25; 14-17-1 ATS) are riding a five-game losing streak following a heavy 139-112 defeat at the Milwaukee Bucks this past Tuesday. Karl-Anthony Towns had a good game, accounting for 26 points, eight rebounds, and a career-high 11 assists, but the Bucks had no mercy, spoiling Chris Finch’s debut as Minnesota’s head coach.

The Timberwolves couldn’t cope with the Bucks’ fluid offense, allowing them to shoot 53.5% from the field and 47.6% from beyond the arc. Also, the T-Wolves forced just eight turnovers while committing 14 in a return, allowing the Bucks to post 11 steals and score 27 points off turnovers.

Chicago is tied for the No. 8 seed in the East

The Chicago Bulls (14-16; 17-12-1 ATS) have won four of their last five games including the previous two. After a 122-114 home victory over the Sacramento Kings last Saturday, the Bulls thrashed off Houston 120-100 as 1-point road favorites this past Monday, handing the Rockets their eighth straight defeat.

Chicago played very well at Toyota Center, making 53.8% of its field goals and 41.7% of its 3-pointers. Coby White led the way with 24 points and 10 rebounds, while Zach LaVine added 21 points and six assists.

As I’ve said, the Bulls have played well recently, winning four of their previous five games, but they cannot slow down now when the worst team in the league is coming to the town. Chicago has some serious defensive problems, but their offense should carry them past the hapless T-Wolves.

Also, the Bulls will have a big motive to improve their record against Minnesota. Chicago is 1-4 SU and ATS in its last five matchups with the Timberwolves, but the Bulls have won their previous duel at United Center, 117-110.

I’ve mentioned some defensive woes on both sides, so betting on the over seems like the right move here. Five of the last seven encounters between the Bulls and Timberwolves went in the over, but none of those seven tilts produced more than 227 points in total.