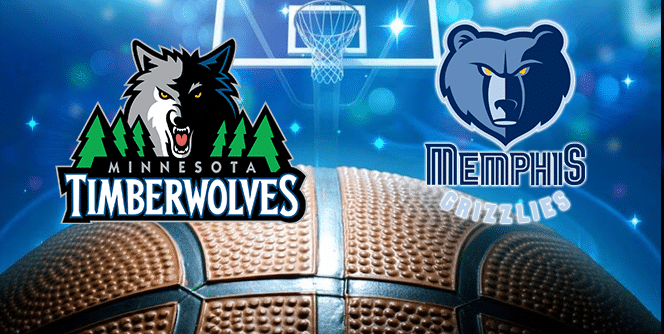 In the Timberwolves’ last contest, they easily covered the 6-point spread against the Cleveland Cavaliers, 118-103. The combined points for the game (221) were over the O/U total of 217. The Timberwolves forced 20 turnovers and had an effective field goal percentage of 0.568 (above their season average of 0.498). With 22 points on 8-for-10 shooting, Gorgui Dieng was Minnesota’s high scorer.

The Grizzlies defeated the Phoenix Suns in their last contest, 121-114, despite being 7-point underdogs. The total points for the game (235) were just under the O/U total of 236. Memphis made 18 of their 42 three pointers (42.9 percent). Phoenix, on the other hand, held the Grizzlies to an offensive rebounding percentage of 8.1 (below their season average of 22.2). Jonas Valanciunas led Memphis in scoring with 30 points on 12-for-16 shooting from the field.

The aggressive Minnesota offense might be getting to the charity stripe a lot in this battle. The Timberwolves rank eighth in the league with a free throw attempt (FTA) rate of 0.214, while Memphis ranks 27th in FTA rate allowed (0.226).

Minnesota comes into the contest with records of 14-21 straight up (SU) and 15-18-2 against the spread (ATS). Vegas has typically been fairly accurate when setting the total of Timberwolves games, with 18 overs compared to 17 unders.

Both teams have had a player take their game to the next level over their last five games. Robert Covington (15 points,8.6 rebounds,2.0 steals,1.6 blocks) has been stellar for the Timberwolves while Jaren Jackson Jr. (19 points,6.6 rebounds,2.0 blocks) has contributed greatly to the Grizzlies.

The Grizzlies have won both matchups against the Timberwolves this season, including an eight-point victory in their last matchup. Memphis covered as a 12-point underdog and the game finished with a total of 222 points, which was 9 points below the projected point total of 231 points. The Grizzlies had a better turnover percentage (9.1 vs. 13.7) and had a better effective field goal percentage (0.490 vs. 0.453). Karl-Anthony Towns had a double-double in the loss with 21 points and 12 rebounds.

Memphis is 1-0 when they hold opponents under 100 points, while Minnesota is 2-1.

Minnesota averages 6.4 blocks per game, which ranks fourth in the NBA. Memphis ranks 24th in blocks allowed per game (5.6).

Minnesota averages 8.6 steals per game, which ranks second in the NBA. Memphis ranks 18th in steals allowed per game (7.8).

The Timberwolves rank third in three pointers attempted per game (39.2) while the Grizzlies rank 17th (32.8).

Over its last five contests, Minnesota is 4-1 ATS with 3 unders and 2 overs.