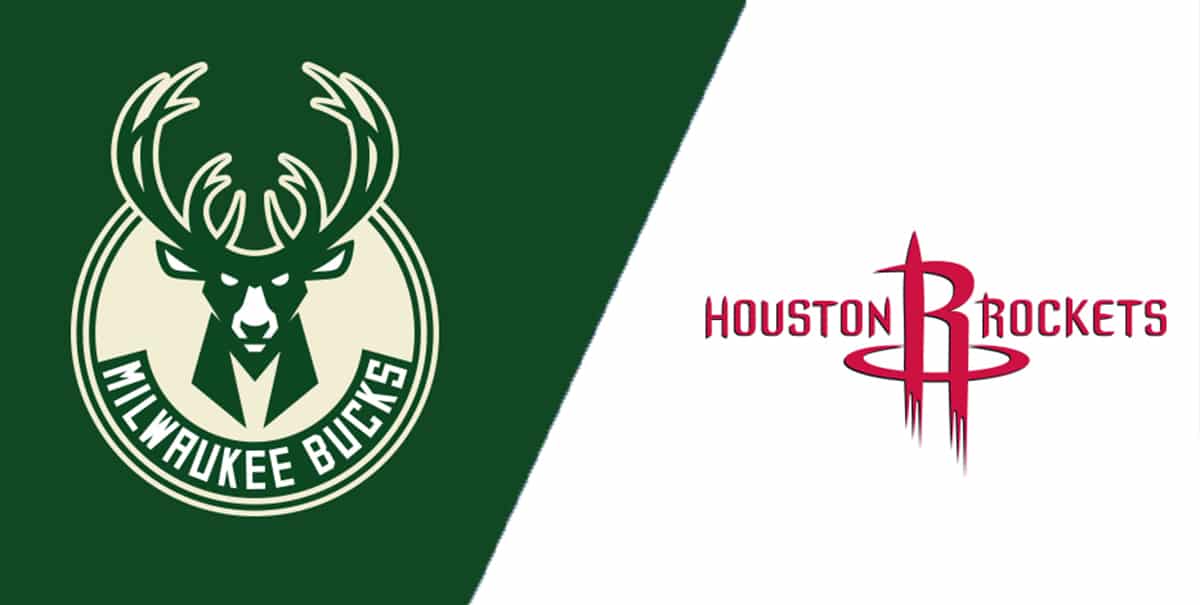 The Milwaukee Bucks and Houston Rockets open their two-game regular-season series Thursday at Toyota Center in Houston, so here’s the best betting pick for their interconference showdown that could easily be a one-way street.

The Rockets are already eliminated from the playoff contention. They are listed as massive 12.5-point home dogs for Thursday’s clash, according to BetRivers Sportsbook, while the totals are set at 232.5 points.

Houston will be quite shorthanded, missing six players including John Wall who’s done for the season. On the other side, Milwaukee is coming in full strength.

The Bucks continue to chase the No. 2 seed in the East

The Milwaukee Bucks (38-23; 28-33 ATS) have won three of their last four games including a couple of victories over the Philadelphia 76ers. Now, the Bucks are only a pair of games behind the Sixers and 3.5 games behind the top-seeded Brooklyn Nets.

Milwaukee is coming off a 114-104 victory at the Charlotte Hornets this past Tuesday, and Giannis Antetokounmpo had another great game. The reigning MVP accounted for 29 points, 12 rebounds, and eight assists, shouldering the Bucks’ offense that made only 25.7% of its 3-pointers (9-for-35).

Antetokounmpo has been balling recently, averaging 26.7 points, 11.4 boards, and 5.3 assists per game over his previous seven outings. Jrue Holiday has dished out 40 assists in his last five appearances, and the Bucks are slowly building up their form on the offensive end. Over its last five contests, Milwaukee has been tallying 120.2 points a night.

The Houston Rockets (15-47; 21-41 ATS) are on a five-game losing streak following a 114-107 defeat to the Minnesota Timberwolves last Tuesday. Kelly Olynyk led the way with 28 points, nine boards, and five assists, while Christian Wood posted a double-double of 24 points and 18 rebounds, but the Rockets couldn’t cope with Minnesota’s defense down the stretch.

The Rockets are looking to the future, so losing games is what they want at the moment. Their rebuild has started with the James Harden trade, and there’s a ton of intriguing prospects on the 2021 NBA Draft.

Houston shut down John Wall for the season, but Christian Wood continues to play, averaging 21.1 points and 11.1 rebounds per game over his last nine showings. The Rockets have been scoring just 101.4 points a night across their last five outings (dead last in the NBA in that span).

Houston has dropped 15 of its last 17 games overall, going 7-10 ATS in the process. Some of the Rockets’ players are keen to prove their worth, for sure. Still, I don’t think that’s enough for the mighty Bucks, and the Rockets certainly lack depth at the moment.

The under is 4-1 in the Rockets’ last five games, though the over has hit in nine of their previous 14 outings. Five of Milwaukee’s last six games on the road went in the under, as well as the previous five encounters between the Bucks and Rockets.

This is a tough wager, as the Bucks could easily drop a bunch of baskets on Houston, but the Rockets could also struggle to hit the 100-point mark against Milwaukee’s solid defense. Both teams prefer to play at a fast pace and average just above 101.0 possessions per 48 minutes each, so I’m going with the over.