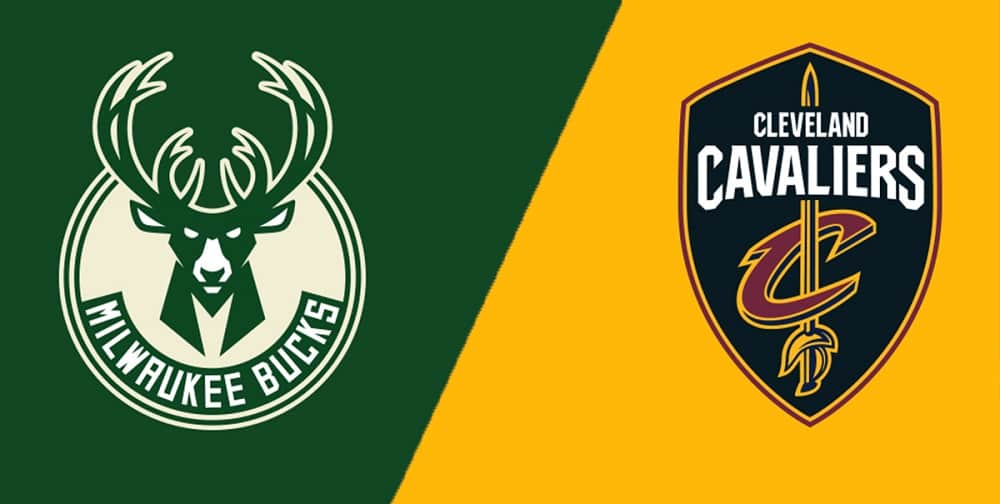 The Milwaukee Bucks start a six-game road trip Friday night with a back-to-back set at Rocket Mortgage FieldHouse in Cleveland, so here’s the best betting pick for their opening clash against the Cavaliers along with the key tips and trends and the latest odds on PointsBet Sportsbook.

These two Central Division foes already met each other once this season and the Bucks outlasted the Cavs 100-90 as 8.5-point home favorites. It was their fifth straight win over Cleveland, while Milwaukee opened as a firm double-digit fave for Friday’s clash in Cleveland.

The Bucks are coming in full strength. On the other side, the Cavaliers miss Kevin Love (calf), Matthew Dellavedova (back), and Larry Nance Jr. (wrist).

The Milwaukee Bucks (13-8; 10-11 ATS) are coming off a comfortable 130-110 home victory over the Indiana Pacers this past Wednesday, covering a 9-point spread. They shot 47.1% from the field and 43.8% from beyond the arc (21-for-48), while Giannis Antetokounmpo posted a triple-double of 21 points, 14 rebounds, and ten assists despite sitting out the fourth quarter.

Milwaukee has the highest offensive rating in the NBA, scoring 118.6 points per 100 possessions. The Bucks rank second in field goal percentage (49.0%) and third in 3-point percentage (40.0%) while handing out 27.3 assists per contest (3rd in the NBA).

The Cleveland Cavaliers (10-12; 10-12 ATS) are in crisis, losing three of their last four games and five of the previous seven. Also, the Cavs failed to cover in four straight outings, as their lone straight-up win in that span came against the hapless Timberwolves 100-98 as 3.5-point home favorites.

Cleveland is coming off a heavy 121-99 home loss to the LA Clippers this past Wednesday. The Cavs couldn’t cope with the Clippers’ red-hot offense, allowing their rivals to shoot 55.7% from the field and 58.8% from beyond the 3-point line.

Collin Sexton leads the way for the Cavs this season, racking up 24.3 points per game on 50.0% shooting from the field. However, the Cavaliers have the third-worst offensive rating of 104.9 points per 100 possessions and make just 45.0% of their field goals (23rd in the NBA).

The Bucks have dropped three of their last four games on the road and will be keen to tally this one in the win column. They should torture the Cavaliers on both sides of the ball, and considering Cleveland’s 3-point defense, I wouldn’t be surprised if the Bucks make 20 or more triples here.

Covering a double-digit spread is always a tricky job, especially on the road, but the Cavs have struggled offensively a lot over their last four outings, so I think they won’t stand a chance Friday against the Bucks.

Milwaukee loves to play at a fast pace, averaging 102.0 possessions per 48 minutes (5th in the NBA). The Bucks should drop a bunch of baskets on the Cavaliers, but I’m not sure what to think about Cleveland.

The Cavs failed to surpass a 100-point mark in three of their last four games. Also, they scored just 90 in that first matchup of the season with the Bucks. Finally, the Cavs play at the second-slowest pace in the league (97.0), so they’ll try everything they can to slow down things.

The over is 3-2 in the last five encounters between Cleveland and Milwaukee, and four of those five games produced 229 or more points in total.