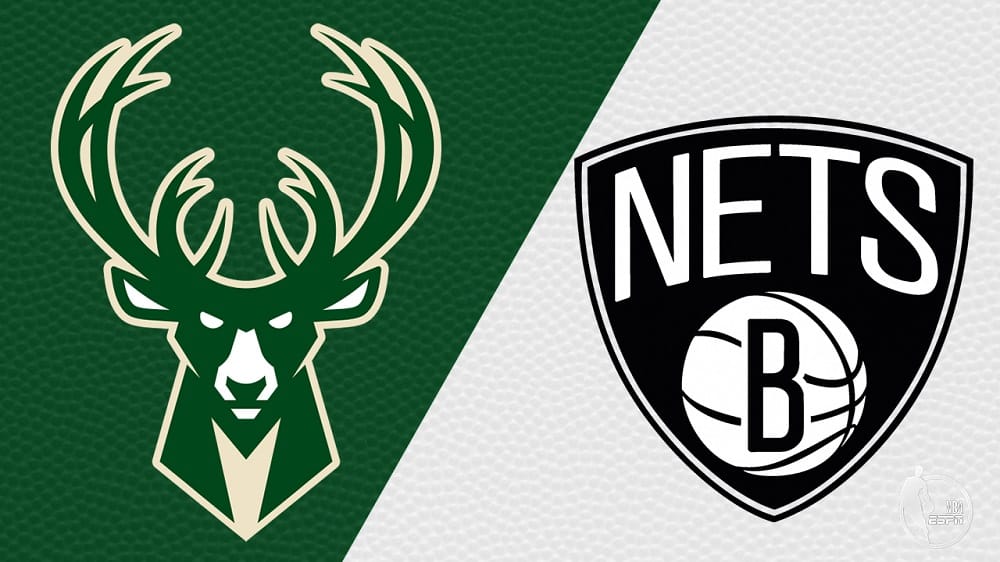 The Milwaukee Bucks and Brooklyn Nets combined for an iconic playoff series during last year’s postseason, which came down to the final seconds. Here, some of the key players from that series will be missing on both sides, but both teams will have their biggest stars available. In our NBA picks for Friday, we look at Bucks vs Nets from Barclays Center from a betting perspective.

New bettors at DraftKings Sportsbook can wager $5 on either team to win this Bucks vs Nets showdown, with a $200 payout if that bet is a winner.

New bettors at DraftKings Sportsbook can use the site’s welcome offer on this Bucks vs Nets showdown. To do so, bettors can put $5 on either team to win this game on the moneyline. If that bet is a winner, DraftKings will pay out $200 in free bets, for a 40/1 payout for a simple moneyline wager that would normally come at much tighter odds than that.

✅ Giannis Antetokounmpo is probable to play for the Bucks in this game, but they are missing so many key players beyond him and Khris Middleton. Jrue Holiday is out for this game, along with several outside shooters in Pat Connaughton, Grayson Allen and Donte DiVincenzo. That is going to hurt in a big way against the Nets, who have a ton of shooters of their own.

✅ With Kyrie Irving not being able to play at home, the Nets will see more Patty Mills than they will on the road. While Mills isn’t the great player that Irving is, he packs enough of a scoring punch to make up for the absence of Irving in this spot. He will help the Nets pick up the win here, as the Nets are almost fully healthy compared to the depleted Bucks roster.

✅ Milwaukee has to play against Charlotte in Charlotte on Saturday, the night after this game against the Nets. Being a little shorthanded, we could see the Bucks ration some of the energy of their key players so as not to get demolished on Saturday against a Charlotte team known for putting up big numbers on offense.

The Milwaukee Bucks have lost two straight games coming into this matchup, but could get their star player in Giannis Antetokoumpo back for this game. Giannis was out due to an illness, and is listed as probable for this game against the Nets. The question is whether or not there is enough help for Giannis on the active roster for the Bucks right now, with the injuries and illnesses bothering them.

Milwaukee is set to be without starting point guard Jrue Holiday along with several of their best shooters. They will have to rely very heavily on Khris Middleton and Giannis if they want to win this matchup with the Nets, who are healthier than they have been for most of this season.

The Brooklyn Nets got an important win on Wednesday, beating the Indiana Pacers on the road in Kyrie Irving’s return to the court. Brooklyn will be without Irving for this game at home, due to the New York State rules on unvaccinated players. But the Nets have more weapons at their disposal than they have in a while, as they look to pick up a statement win over the defending NBA champions.

While Kyrie Irving is not available for this game, Kevin Durant and James Harden are. They should be able to counter what Giannis and Middleton are able to do on the Milwaukee side of things. And with the Nets bench being healthier than it’s been all season, the Nets have to like their chances in this game.