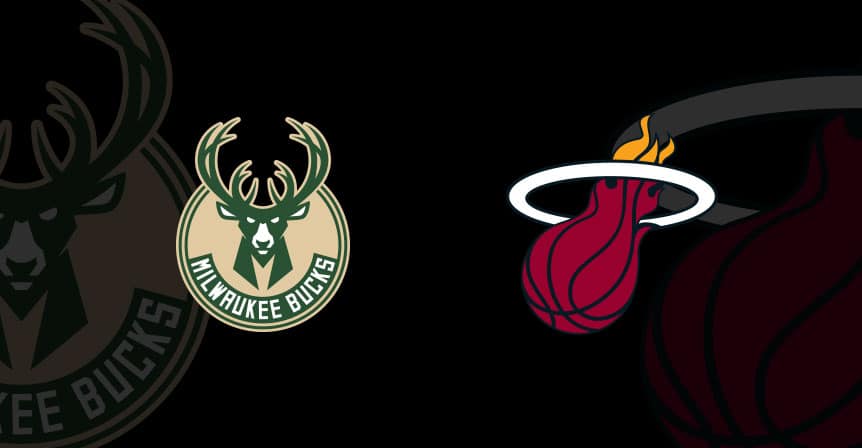 The Bucks come in on a high note after beating the Charlotte Hornets in their last outing, 93-85, as 10-point underdogs (at Borgata). The total points for the game (178) came in well under the projected point total of 227. The Bucks made 16 of their 21 free throws (76.2 percent) and had an offensive rebounding percentage of 30.0 (above their season average of 20.8). With 41 points on 17-for-28 shooting, Giannis Antetokounmpo was the top scorer from either team.

The last time the Heat played, they won a close one over the Brooklyn Nets, 116-113, but failed to cover as 7.5-point favorites. The combined points for the game (229) came in over the O/U total of 220. The Heat had a phenomenally low turnover percentage of 5.6 (better than their season average of 12.7) and had an offensive rebounding percentage of 21.7 (above their season average of 20.7). With 16 points and 12 rebounds, Miami’s Bam Adebayo played well.

This showdown pits one of the league’s top offenses against one of its elite defenses. Miami currently ranks fourth in offensive efficiency and Milwaukee ranks first in defensive efficiency. It will also be a showdown of opposite paces as the quick-paced Bucks rank second in possessions per game, while the more half-court oriented Heat rank 21st.

Milwaukee comes into the game with records of 52-8 straight up (SU) and 35-24 against the spread (ATS). A little over half of the Bucks’ games have finished under the total.

This will be the second game of the season between these two squads. In the first, the Bucks lost 131-126, unable to cover as 11.5-point favorites. Antetokounmpo led both teams with 29 points and also put up 17 rebounds and nine assists. The game finished with a total of 257 points, which was 35 points above the projected point total of 222 points. The Heat had a much better offensive rebounding percentage (16.0 vs. 9.8) and had a better turnover percentage (12.0 vs. 14.1).

The Bucks average 26.2 assists per game, which ranks fifth in the NBA. The Heat rank 19th in assists allowed per game (24.9).

In its last five contests, Milwaukee is 4-1 ATS with 3 unders and 2 overs.

Miami is 2-3 ATS with 5 overs over its last five games.

The Bucks’ average margin of victory in their last five games has been 18.0, up from 12.7 for the season.