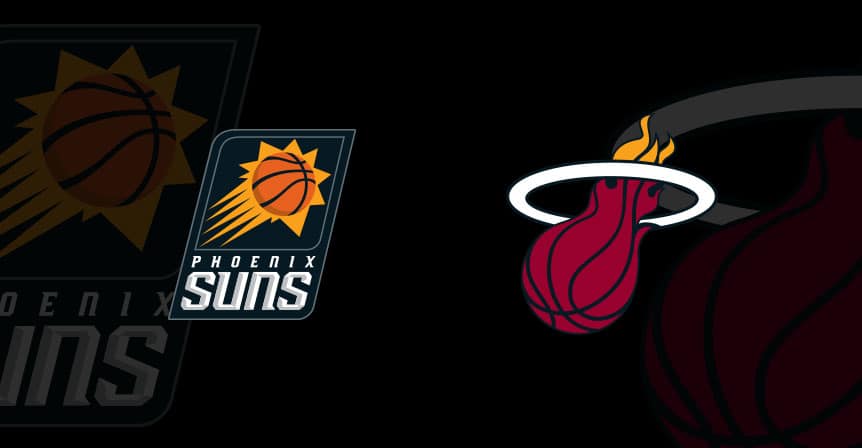 One of the night’s most important matchups features the Miami Heat headed to the desert to take on the Phoenix Suns. Last year this wouldn’t have been a notable matchup, but this season is a new story as both squads are red-hot. Devin Booker is finally surrounded with actual NBA-level talent and it’s paying dividends for Phoenix. Can this tough Miami team led by Jimmy Butler spoil their success?

The Heat have truly looked like a dominant team in the early stages of the season, but their last game showed that it is too early to tell if this team is legit or not. They do have a solid roster and a great coach, but it is always a cause for concern when their top scorer is a rookie. Miami is heavily relying on the production of younger players and that lack of experience might hurt them in the long run.

The Suns are definitely the biggest surprise of the season. After winning just 19 games last season, they already have 5 wins in their first 7 games this season. Even better, most of these wins have come without their star center, Deandre Ayton. The young big man was suspended for 25 games for violating the league’s substance abuse policy. Phoenix has looked excellent without him, so just how good can they be at full strength?

Miami will definitely look to bounce back after a difficult loss to the Nuggets. On the other hand, this impressive Phoenix team is showing that they’re actually a good team this year. They’ve notched 3 in a row, including a big win over Philadelphia last game. The Suns have been a great home team this season, while the Heat have experienced both of their losses on the road. Devin Booker is streaking after a 40 point performance, while Jimmy Buckets couldn’t find the touch last game. This is why you should lay the points and bet on the Phoenix Suns winning tonight, something you definitely wouldn’t have expected at the start of this season.