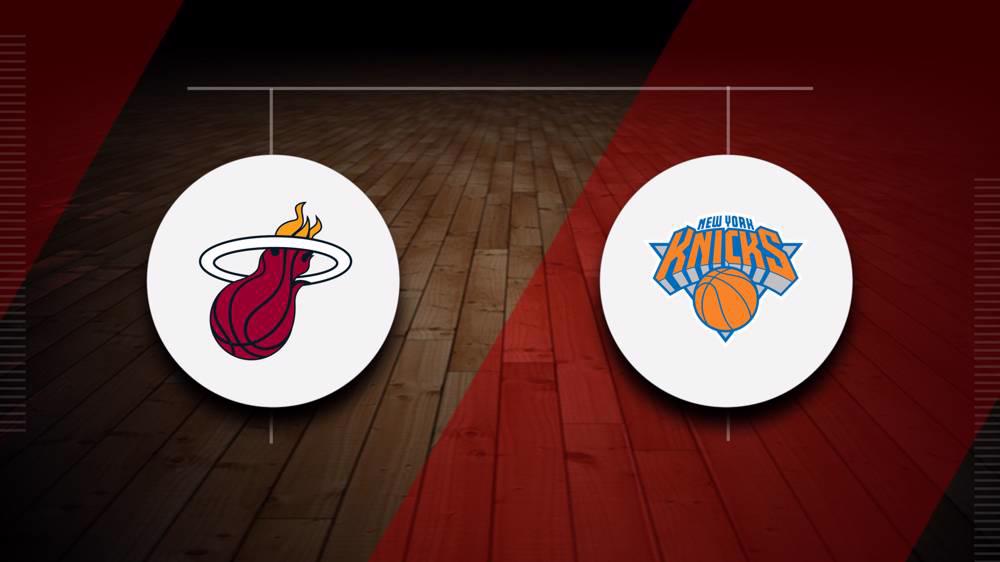 The Miami Heat and New York Knicks will open a two-game series at Madison Square Garden on Sunday afternoon, so here’s the best betting pick for their Eastern Conference showdown along with the key tips and trends and the latest odds on DraftKings Sportsbook.

These two foes split their last season’s two-game set, while the Heat have won six of their previous eight encounters with the Knicks. Miami opened as a 6-point fave for Sunday’s clash, so let’s see what’s the best wager here.

The Heat are without Meyers Leonard (shoulder), Moe Harkless (thigh), Goran Dragic (ankle), and Avery Bradley (calf). On the other side, the Knicks miss Nerlens Noel (knee).

Miami desperately needs to stay on the winning path

The Miami Heat (8-14; 7-14-1 ATS) are coming off a comfortable 122-95 victory to the Washington Wizards this past Friday, putting an end to a two-game skid. They’ve had plenty of injury problems over the last few weeks, so the Heat have won only two of their previous nine games overall.

Kendrick Nunn led the way against the Wizards, accounting for 25 points and eight rebounds off the bench, while Jimmy Butler added 14 points, eight boards, and nine assists. The Heat shut down Bradley Beal and hold the hapless Wizards to 37.1% shooting from the field while making 49.4% of their field goals and 43.2% of their 3-pointers.

Miami has struggled on both sides of the ball thus far, scoring just 107.3 points per 100 possessions (24th in the NBA) and surrendering 111.2 in a return (17th). The Heat have to improve a lot in further days, especially on the defensive end, if they want to enter the race for the higher seeds in the Eastern Conference.

The New York Knicks (11-13; 12-12 ATS) started their back-to-back set with a 110-99 home victory over the Portland Trail Blazers on Saturday afternoon, upsetting the odds as 1.5-point underdogs. Once more, the Knicks played solid defense, but this time, New York executed well on the offensive end.

They shot 50.0% from the field and 43.3% from downtown, scoring 50 points in the paint and allowing only 28 in a return. Six guys scored in double figures, and Elfrid Payton and Julius Randle led the way with 22 points each.

The Knicks have worked hard defensively since the opening day and feel confident about their approach. However, they arguably lack talent and depth, so I expect the Heat to win this clash. Miami should slowly build up its form with Jimmy Butler back in the lineup, and the Heat possess enough defensive weapons to slow down Julius Randle who’s playing in a tremendous form.

Still, I don’t feel comfortable with a 6-point spread at all. The Knicks could struggle with fatigue, playing back-to-back here, but they can easily keep it close thanks to their terrific defensive effort.

The under is 5-1 in the Knicks’ last six games overall. I’ve mentioned their firm D a few times, so backing the over seems like a logical move. Both teams struggle to execute well offensively and neither side prefers to play at a fast pace.