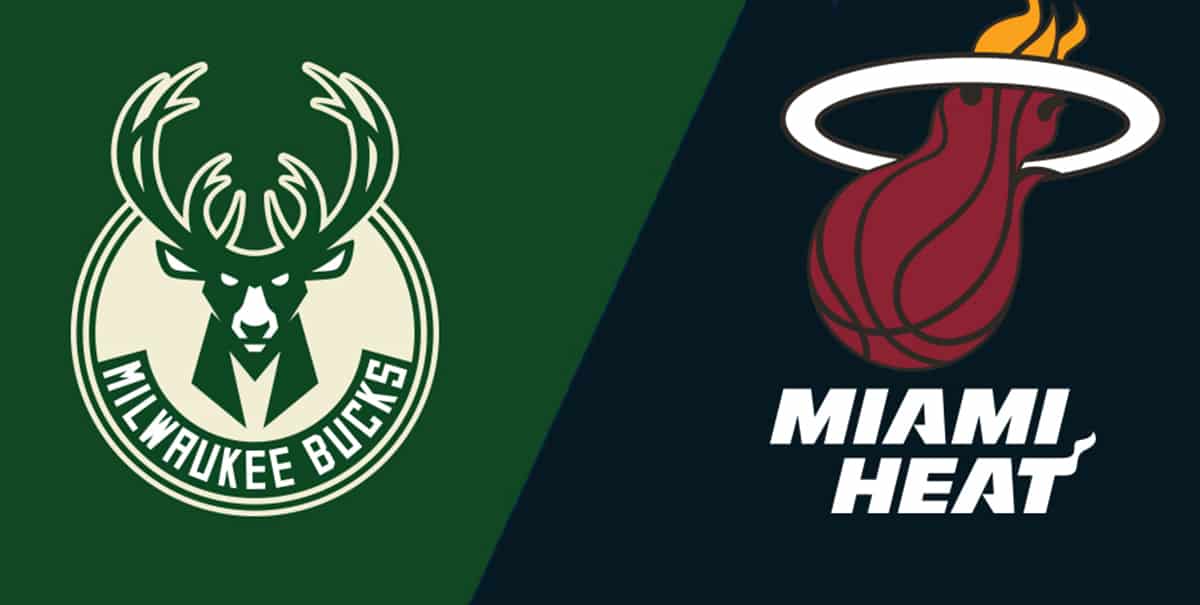 The 2020 NBA Playoffs seem to be super exciting on the court, and Game 2 of the Eastern Conference semifinal series between the fourth-seeded Miami Heat and top-seeded Milwaukee Bucks on Wednesday, September 2, will be a pure joy to watch.

The Heat pulled off a huge upset last Monday, so we’ve prepared all the tips and trends you need to know along with the best betting pick for the second game of the Miami versus Milwaukee series.

While the Heat are coming in full strength, the Bucks could miss their starting PG Eric Bledsoe, who hit the sidelines in Game 1 due to a hamstring injury.

The Bucks are 4.5-point favorites on BetAmerica at the moment. Their moneyline odds sit at -195, while the Heat are +170 underdogs to win straight up. The totals are set at 221.0 points on Sugarhouse.

The Bucks could be in big trouble if they allow another upset. However, it’s hard to think that this series won’t last for at least six games.

The Heat outlasted the Bucks twice this past regular season, but they suffered a 130-116 defeat in their lone H2H duel in the bubble. Hereof, opening the playoff series with a win should be a huge boost for the Heat’s confidence.

On the other side, the Bucks will have to learn a lesson and come out strong in Game 2.

The Heat upset the top-seeded Bucks in the opener on the back of Jimmy Butler’s playoff career-high 40 points. Butler was terrific down the stretch, making huge buckets for his team. He shot 13-for-20 from the field and 12-for-13 from the charity stripe.

Furthermore, the Heat played excellent defense, allowing only 24 points in the paint which is quite impressive. They surrendered 40 points in the first quarter, but the Bucks made some deep treys to earn an early 11-point lead.

George Hill started instead of Eric Bledsoe and had eight points along with four assists in 36 minutes on the floor.

The Bucks desperately need Bledsoe back, as Goran Dragic destroyed them in the opener. The 34-year-old Slovenian tortured Hill and the Bucks’ D for 27 points on 9-for-15 shooting. Bam Adebayo had a big game, too, especially on the glass, posting a double-double of 12 points and 17 boards.

If they want to tie this series, the Bucks will have to be more aggressive in the paint. Also, they have to push the ball in transition, and that would be way easier with Bledsoe on the court.

Anyway, I think the Bucks know what they need to change and improve. Mike Budenholzer is a two-time NBA coach of the year and should prepare his team for a tough challenge.

The Heat, on the other side, rely on a true mastermind in Erik Spoelstra. Therefore, we should see a tight battle, and I’m backing Milwaukee to come out on top.

The Bucks should only improve after a pretty mediocre display in the opener, while the Heat will need to replicate a strong performance to grab another win. Give me the Bucks as 2.5-point favorites on -160 odds.

Milwaukee has won four of its last seven meetings with Miami, but the Bucks are only 4-9 SU and ATS in their previous 13 matchups with the Heat. The under is 9-3 in their last 12 H2H duels.