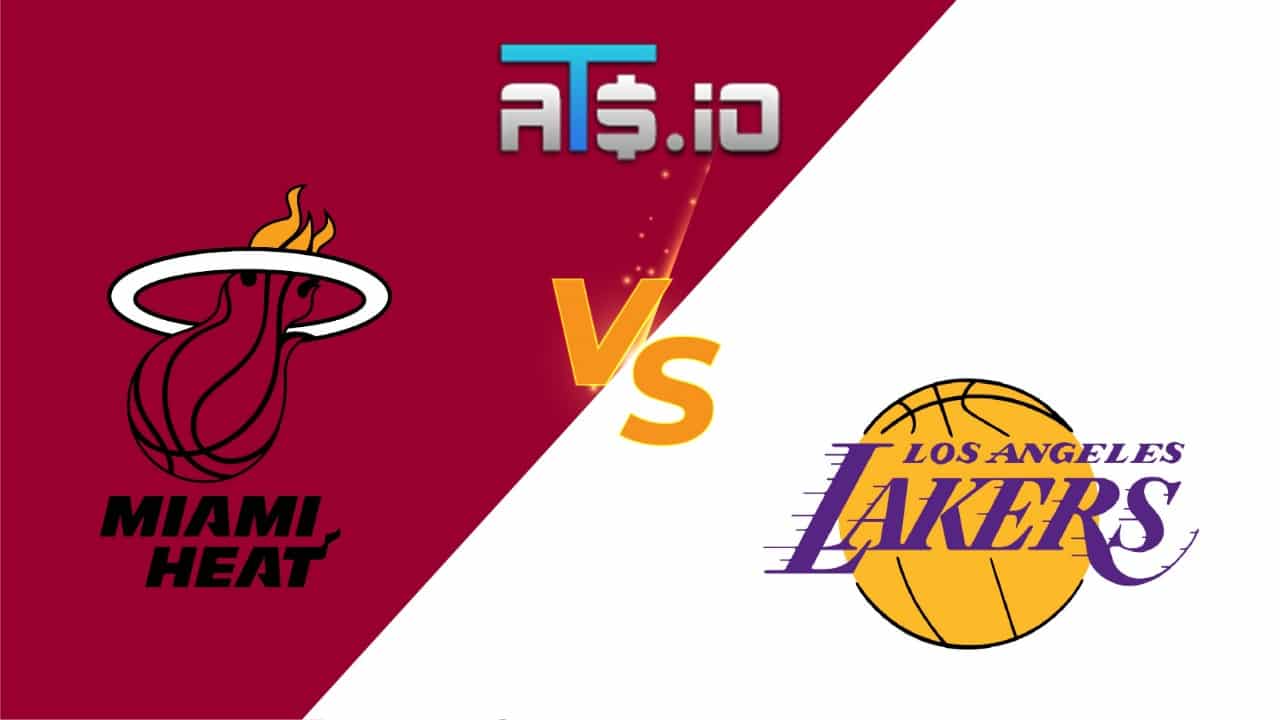 The Miami Heat and Los Angeles Lakers have been elite teams in their respective conference for the better part of the last two decades. Tonight, they meet at Staples Center, with both teams looking to overcome injuries and other distractions to get a big win on Wednesday night. In our NBA picks for tonight, we examine Heat vs Lakers and determine who will walk out of LA with the win.

New bettors at DraftKings Sportsbook can wager $1 on either team to win this Heat vs Lakers contest, with a $100 payout if a point is scored in the game.

If you are in a state where DraftKings Sportsbook is operating, you can take advantage of the site’s new player bonus. DraftKings is allowing bettors to wager a dollar on either team to win this Heat vs Lakers showdown on the moneyline. As long as a single point is scored in the game, DraftKings will pay out $100 on those bets, for a 100/1 payout regardless of the outcome of the bet.

✅ The Lakers have been struggling mightily without LeBron James in their lineup. They beat the Charlotte Hornets on Monday in overtime, but they had lost two straight games before that. So far this year, four of the Lakers’ six wins have come against the Houston Rockets, Cleveland Cavaliers and San Antonio Spurs, which is not impressive at all.

✅ From a matchup perspective, the Heat match up well against the Lakers. Bam Adebayo can play with Anthony Davis, as both players are versatile and can effectively cancel each other out to let the other Heat stars shine. As long as Adebayo plays, the Heat are a good play on the road here.

The Miami Heat have been the talk of the NBA over the last couple of days, after a dirty play against Nikola Jokic nearly sparked a fight in their blowout win over the Denver Nuggets. For Miami, the question will be whether that incident galvanizes them to play better as a team, or if there will be some sort of emotional letdown after the Nuggets game.

Whether the Heat are emotionally prepared for this game or not, the Miami Heat are playing some of the best basketball in the NBA right now. Miami is 7-3 this season and has a winning record on the road so far. As long as they are not sitting key players like Bam Adebayo and Tyler Herro for this game, they could very well make a statement on the road against the Lakers.

It wasn’t pretty on Monday night for the Lakers, but they did manage to beat the Charlotte Hornets in overtime to move to 6-5 on the season. Once again, the Lakers were saved by the three-point shooting of Carmelo Anthony in that game, while their defense got some key stops late in the overtime period. But the Lakers have struggled to play well consistency without LeBron James, and can’t afford to waver against the Heat.

Outside of Anthony, the Lakers’ three-point shooting has been a huge issue this season. Russell Westbrook and Anthony Davis are both making a quarter of their threes or less through the first 11 games of the Lakers’ season. If they can’t find consistent shooting from other sources, Los Angeles may struggle even when LeBron does get back.

Its Back Bet 1 Win 100 DraftKings Promo Code On All Sports!