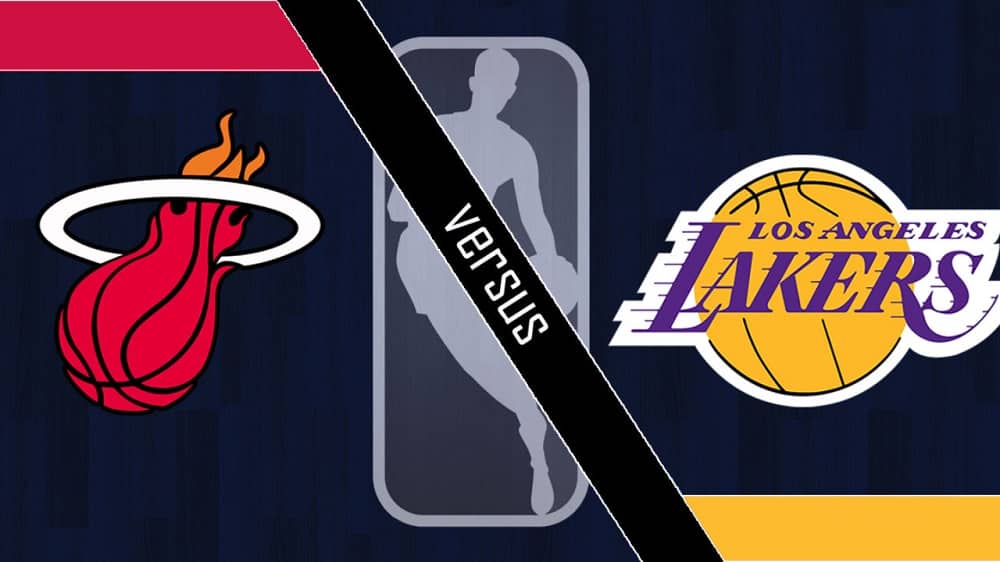 The NBA betting action continues Saturday night with the rematch of the 2020 NBA Finals, so here’s my best Miami Heat vs. Los Angeles Lakers betting pick along with the key tips and trends and the latest odds on DraftKings Sportsbook.

The Heat opened as 3-point road dogs for Saturday’s clash at Staples Center in Los Angeles. They will miss Goran Dragic (ankle), Avery Bradley (calf), and Meyers Leonard (shoulder), while the Lakers are without Anthony Davis (calf) and Dennis Schroder (medical protocols).

The Miami Heat (12-17; 10-18-1 ATS) are coming off a 118-110 victory at the Sacramento Kings, putting an end to a three-game losing streak. Jimmy Butler posted his third straight triple-double, accounting for 13 points, 10 rebounds, and 13 assists, while Tyler Herro notched 27 points in 32 minutes off the bench.

The Heat stormed the front and built a 14-point lead by the end of the first half, allowing just 43 points to the Kings. They finished the game with 51.6% shooting from the field, 36 assists, and a whopping 70 points in the paint.

The Los Angeles Lakers (22-7; 14-15 ATS) couldn’t overcome the absence of Anthony Davis and Dennis Schroder last Thursday, suffering a 109-98 defeat as 3-point home favorites. LeBron James did it all, accounting for 32 points, eight rebounds, and seven assists, but it wasn’t enough against the red-hot Nets.

Brooklyn went 18-for-39 from downtown, while the Lakers made only eight of their 30 attempts from deep (26.7%). LA trailed by as many as 25 points and didn’t really stand a chance of beating the Nets.

The Lakers will lean heavily on LeBron in the next four weeks until Anthony Davis returns from his calf injury. James has just become the third player in NBA history with 35,000 points, but he’ll need more help from his teammates in further days.

The Lakers miss Anthony Davis a lot, and Dennis Schroder’s absence is just another problem for head coach Frank Vogel. The Heat will be keen to get revenge after a tough loss in the 2020 NBA Finals, so I’m expecting a hard-fought battle down the stretch.

I don’t feel comfortable with a 3-point spread either, but the Heat could easily upset the odds, so give me the visitors and points. For a two-game parlay, I would take the Heat as 7-point dogs at -200 odds.

Both Heat and Lakers average just under 99.0 possessions per 48 minutes. The Lakers own the best defensive rating in the NBA, while the Heat lean on their defense a lot, too, so I’m backing the under on the totals.

The line is a tricky one at 212.5 points. The under has hit in eight of the previous 11 encounters between the heat and Lakers, but five of those 11 games produced more than 212 points in total.