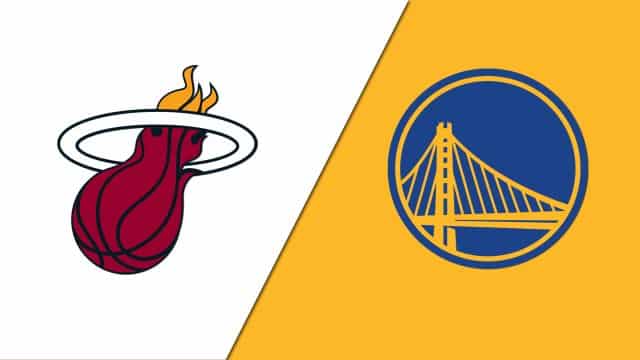 The Miami Heat and Golden State Warriors are both firmly entrenched in the playoff spots in their respective conferences. But they are in very different places as it pertains to their health at this point in time. On Monday night, Heat vs Warriors promises to be interesting on a number of levels, and the game is the subject of this round of our NBA betting picks.

New bettors at DraftKings Sportsbook can wager $5 on either team to win this Heat vs Warriors matchup, with a $200 payout if that bet is a winner.

New players at DraftKings Sportsbook can take advantage of the site’s welcome bonus while betting on Heat vs Warriors. To utilize this offer, you can bet $5 on either team to win this matchup. If that moneyline bet wins, you get $200 in free bets from DraftKings, which is a huge value compared to the normal betting odds you’d get on either side to win this game.

✅ Miami is decimated due to the league’s health and safety protocols right now. Their bench on Sunday consisted of four active players: Nik Stauskas, Kyle Guy, Haywood Highsmith and Chris Silva. Now, on the second game of a back-to-back, the Heat shouldn’t be able to keep up with the Warriors based on that kind of “depth.”

✅ The Warriors, meanwhile, are missing just two players coming into this game: James Wiseman and Klay Thompson. That could always change prior to the start of this Heat vs Warriors matchup. But there is no reason to believe that the Warriors will be anything but the healthier team on superior rest coming into this contest.

✅ Miami is 11-10 this season on the road, with most of those games coming with a healthier roster than the one they have now. That isn’t going to be good enough against a Warriors team with the best record in the league and with a much more normal rotation to play with on Monday night.

Miami enters this game against the Warriors having played against the Sacramento Kings on the road the day before. The Heat lost that game to the Kings, with Jimmy Butler missing a shot at the rim as time expired in a two-point loss. But the bigger concern for the Heat right now is their roster, which is in absolute shambles due to the number of players out in the league’s health and safety protocols.

Outside of Jimmy Butler, Kyle Lowry and Tyler Herro, there is not a lot to like on the floor for the Heat given their current situation. Their bench is a mess, but their starting lineup isn’t exactly in good shape either. Against a team like the Warriors, Miami may not be able to afford all of their current absences.

The Golden State Warriors picked up a huge road win in their last game, beating the Utah Jazz in a battle of top-three teams in the Western Conference. Golden State has the best record in the NBA right now, going 28-7 through their first 35 games. Now, they have a chance to win another game as a heavy favorite against a depleted Heat squad.

In a game like this, the Warriors will have to avoid beating themselves to ensure their success. Turnovers and misses on open looks can derail any team on any night in the NBA, and those two things might be the only way the Warriors lose this game to a decimated Miami roster.