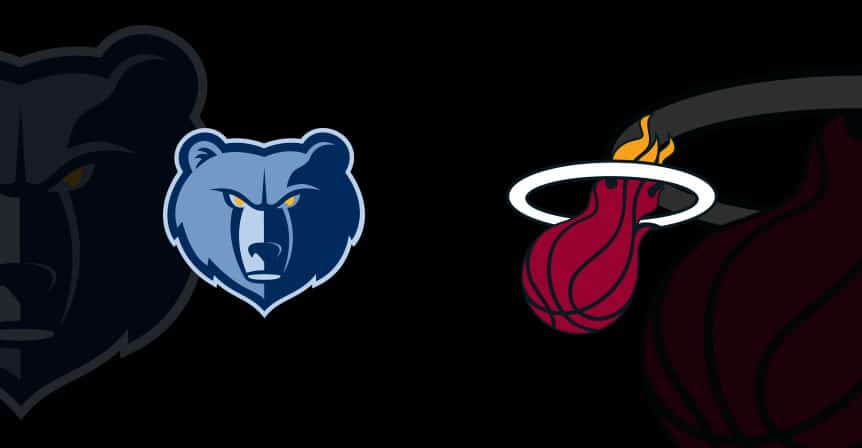 The Heat come in on a high note after defeating the Dallas Mavericks in their last contest, 122-118, as 8.5-point underdogs. The combined points for the game (240) came in well over the projected point total of 215.5. Miami was successful at getting and making free throws. The Heat made 28 of their 34 free throws (82.4 percent), while the Mavericks were just 11-17 (64.7 percent). Bam Adebayo played an enormous role in the victory for Miami, registering 18 points, 11 rebounds and 10 assists on his way to his first triple-double this season.

In the Grizzlies’ previous matchup, they were victorious over the Washington Wizards, 128-111, easily covering as 1.5-point favorites. The combined points for the game (239) finished just over the projected point total of 237. Memphis’ 0.637 effective field goal percentage was their biggest strength over Washington, who had a rate of 0.506. The Grizzlies’ mark was above their season average of 0.514. Dillon Brooks was Memphis’ top scorer with 27 points on 10-for-17 shooting from the field.

This will be the second game of the season between these two teams. Justise Winslow scored a game-high 27 points in the first game, in which the Heat beat the Grizzlies 120-101, covering as 6.5-point favorites. He also had seven rebounds and seven assists. The game finished with a total of 221 points, which was 7 points above the projected point total of 214 points. The Heat made 33 of their 39 free throws (84.6 percent) and had a much better offensive rebounding percentage (26.2 vs. 18.4).

Meanwhile, Memphis owns records of 9-17 SU and 11-15 ATS. Contrary to Miami, just over half of Grizzlies games have finished under the total.

Both teams have had a player take their game to the next level over their last five games. Jimmy Butler (26 points,8.8 rebounds,7.0 assists,1.6 steals) has been fantastic for the Heat while Jaren Jackson Jr. (25 points,1.6 blocks) has contributed greatly to the Grizzlies.

It could be a tough matchup for Memphis on the offensive glass. The Grizzlies are among the league’s elite on the offensive glass, ranking 27th in offensive rebounding percentage at 21.1 percent. Meanwhile, Miami ranks third in the NBA at corralling defensive rebounds with a defensive rebounding percentage of 79.9 percent. Furthermore, the Heat, who rank second in free throw attempt (FTA) rate (0.239), could earn plenty of trips to the line against the Grizzlies, who rank 27th in opponents’ FTA rate (0.231).

Memphis is 3-2 ATS with 3 overs and 2 unders over its last five games.

The Heat’s average margin of victory in their last five games has been 5.8, up from 5.4 for the season.