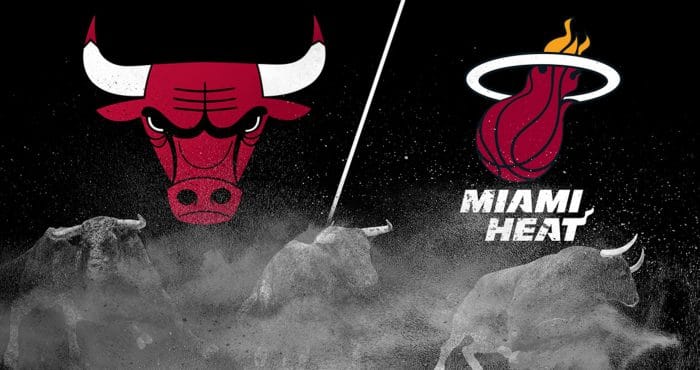 The Heat will be looking for similar success after comfortably covering the 9.5-point spread against the Cleveland Cavaliers in their last game, 124-100. The game’s combined points (224) were over the O/U total of 213. The Heat made 23 of their 31 free throws (74.2 percent) and had an offensive rebounding percentage of 33.3 (above their season average of 20.8). Miami rallied around Jimmy Butler, who recorded 21 points, five rebounds and five assists.

The last time the Bulls played, they had no trouble getting past the Detroit Pistons, 109-89, despite being 1-point underdogs. The combined points for the game (198) were well under the projected point total of 222.5. The Bulls held the Pistons to an effective field goal percentage of 0.386 (below their season average of 0.544) and had an offensive rebounding percentage of 26.1 (above their season average of 21.9). With 15 points, 11 rebounds and five assists, Shaquille Harrison had a good game for Chicago.

After the Heat won two out of three meetings against the Bulls last season, this will be the first matchup of the year between these two teams. In the last game, Chicago won 105-89. The Bulls made 17 of their 21 free throws (81.0 percent) and had a much better effective field goal percentage (0.564 vs. 0.449).

Miami comes into the game with records of 10-3 straight up (SU) and 9-2-2 against the spread (ATS). Games including the Heat have a slight tendency to go under the total (53.8 percent).

Meanwhile, Chicago owns records of 5-10 SU and 7-8 ATS. Games including the Bulls also have gone under the projected point total 53.3 percent of the time.

Chicago might have trouble finding the bottom of the net as they face off against one of the league’s best defenses. Miami ranks first in defensive efficiency while the Bulls rank 28th in offensive efficiency. Ball protection could be troublesome for the Heat. They rank 30th at avoiding errors (turnover percentage of 17.1 percent), while the Bulls force the second-most turnovers in the NBA (opponents’ turnover percentage of 17.3 percent).

The Heat average 26.2 assists per game, which ranks seventh in the league. The Bulls rank 16th in assists allowed per game (24.1).

Chicago is 3-2 ATS with 3 overs and 2 unders over its last five games.

The Heat’s average margin of victory in their last five games has been 8.8, up from 8.5 for the season.