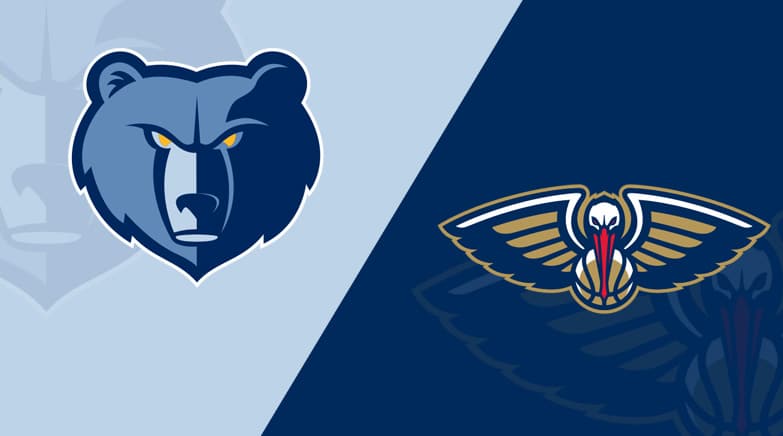 Things are heating up in the NBA bubble at ESPN Wide World of Sports Complex in Kissimmee, Florida. The Memphis Grizzlies and New Orleans Pelicans continue their battle for the playoff spot in the Western Conference Monday night with so much on the table for both teams.

Therefore, we want to take a closer look at this Southwest Division showdown. Memphis and New Orleans met each twice this season, and the Pelicans had no problems to dominate the Grizzlies on both occasions.

The Grizzlies are without Justise Winslow (hip) and Tyus Jones (knee). While Winslow will have to wait on his debut in Memphis uniform until the next season, Jones is averaging 7.4 points and 4.4 assists per game this term. The Pelicans, on the other side, are coming in full strength.

New Orleans opened as a -140 favorites at BetAmerica with a total of 239.0 points. Memphis is a +120 underdog at William Hill.

Memphis suffered a painful 140-135 overtime loss to the Trail Blazers this past Friday. The Grizzlies allowed Portland to shoot 53.8% from the field and 43.3% from downtown. Jaren Jackson Jr. led the way for the Grizzlies with 33 points, while Ja Morant posted a double-double of 22 points and 11 assists.

Last night, the Grizzlies dropped another tight game. They lost to San Antonio 108-106.

The Pelicans have dropped both their games since the re-start, too. They’ve lost to the Utah Jazz 106-104, blowing a 16-point lead, while the Pelicans didn’t stand a chance in a 126-103 loss the LA Clippers this past Saturday.

However, Zion Williamson will likely play limited minutes in this one. He’s been on the floor for only 29 minutes in total over the previous two games. That is one of the reasons why the Pelicans are still winless in the bubble.

In that 28-point victory over the Grizzlies, Zion has scored 24 points on 9-for-15 shooting in 29 minutes on the court. This time, the Pelicans need more from Brandon Ingram, as he’s scored just 14 points against the Clippers after dropping 23 on the Jazz.

The Grizzlies will continue to lean on their young and exciting duo Jaren Jackson-Ja Morant. They have to do a much better defensive job in this one, and the Grizzlies have struggled to defend the 3-point line this season, allowing their opponents to shoot 36.4% from deep (22nd in the NBA).

Both Memphis and New Orleans struggle with turnovers. The Pelicans are the second-worst team in the league and the worst in the bubble with 16.3 turnovers per game. The Grizzlies average 15.2 turnovers per contests, and that’s the eighth-worst record in the NBA.

The Pelicans got off to a very slow re-start, so I’m looking for a bounce-back performance Monday night. They just have to win, and I think the Pelicans will be able to cope with pressure. Despite Zion’s limited minutes, the Pelicans should have enough weapons to beat the Grizzlies once more. New Orleans is 4-1 straight up and ATS in its last five meetings with Memphis.

The Grizzlies have suffered a couple of narrow losses. That could damage their morale, and the Grizzlies’ eighth seed would be in jeopardy if they extend their losing streak.

Although the under is 8-3-1 in the previous 12 encounters between the Pelicans and Grizzlies, I’m betting on the over in this one. Both clubs prefer to play at a fast pace while turning the ball over a lot. If they find some kind of a shooting rhythm, I think this game will be easily finished in the over.