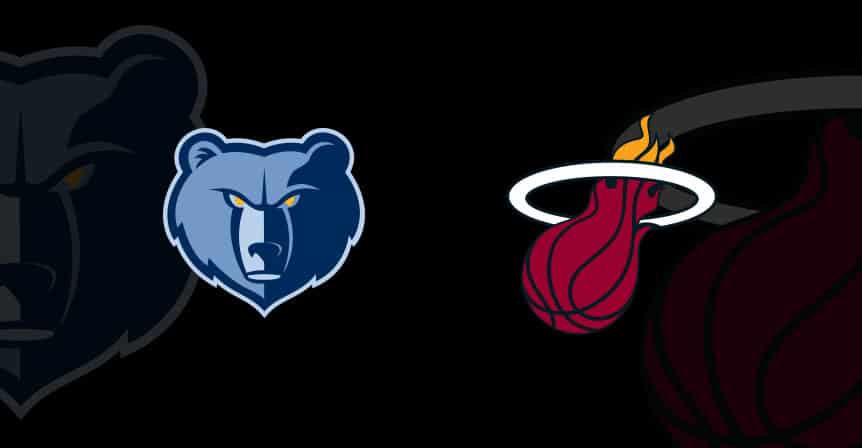 The Memphis Grizzlies and Miami Heat lock horns for the second and final time this regular season on Tuesday night, so I bring you the best betting pick and odds for this interconference showdown at American Airlines Arena in Miami.

Just three weeks ago, the Grizzlies hosted the Heat as 1-point underdogs and earned an 89-85 victory, as both teams shot below 36.0% from the field. This time, Memphis is listed as a 4.5-point road underdog on BetMGM Sportsbook.

The Grizzlies are coming to Florida without Jaren Jackson Jr. (knee), Justise Winslow (thigh), and De’Anthony Melton (leg), while Brandon Clarke (calf) is questionable to play. On the other side, the Heat have a clean bill of health.

The Memphis Grizzlies (24-23; 28-18-1 ATS) are coming off a terrific 116-100 victory at the Philadelphia 76ers this past Sunday. Although they were listed as 3.5-point road dogs, the Grizzlies used balanced offense to dismantle the Sixers, leading by as many as 28 points.

Memphis shot 49.4% from the field and 42.1% from beyond the arc while handing out 30 assists. Seven players scored in double figures including Brandon Clarke and De’Anthony Melton, while Dillon Brooks led the way with 17 points, five rebounds, and three assists.

The Grizzlies are tied with the Spurs for the No. 8 seed in the Western Conference. They are 2.5 games ahead of the tenth-placed Golden State and 2.5 games behind the seventh-seeded Dallas. Memphis owns the seventh-best defensive rating in the NBA, allowing 109.8 points per 100 possessions, while the Grizzlies tally 110.7 points in a return and rank 18th in offensive efficiency.

The Heat executed very well on the offensive end, making 53.7% of their field goals and 39.5% of their 3-pointers. They dished out a whopping 35 assists, and Jimmy Butler led the way with 15 points, 11 dimes, and six rebounds.

Miami is tied with Atlanta for the No. 4 seed in the Eastern Conference. The third-seeded Milwaukee Bucks are 6.5 games away, but the sixth-seeded Charlotte Hornets are just half a game behind Miami. The Heat score 108.8 points per 100 possessions (23rd in the NBA) and surrender 109.5 in a return (6th).

The Grizzlies have played well recently, but they’ll have a mountain to climb in this one against the in-form Miami. Also, the Grizzlies will be without some important role players, so I’m expecting the Heat to take full advantage of Memphis’ injury problems.

Miami possesses great depth, and Erik Spoelstra can finally count on all his important players. The Heat have had some serious injury worries earlier in the season, so I’m looking for the vice-champs to finish their campaign in a strong fashion. They should easily outlast the Grizzlies in this one.

The previous clash between Memphis and Miami produced only 174 points in total, but the over is 5-1 in the last six encounters between these two interconference foes. Both teams lean on a stout defense, so I’m looking for another low-scoring affair.

Betting on the under seems like a logical choice, so I have to go against the betting trends. The over is 6-2 in Miami’s last eight outings on the home court, and it is 4-1 in Memphis’ previous five showings on the road. The hosts to cover remains my top betting pick here.