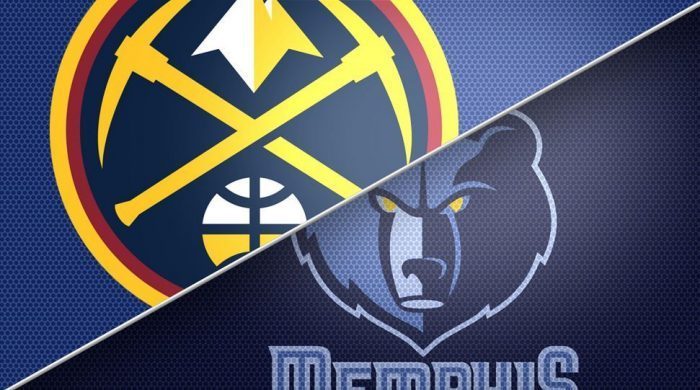 The Memphis Grizzlies (12-20) will have their hands full against the NBA’s top scoring defense when they take on the Denver Nuggets (21-9) at Pepsi Center. The game will air on Fox Sports – Southeast at 5 p.m. ET on Saturday, December 28, 2019.

In the Grizzlies’ last outing, they topped the Oklahoma City Thunder, 110-97, as 6-point underdogs. The game’s combined points (207) finished well under the O/U total of 224.5. Memphis’ 22.9 offensive rebounding percentage was their biggest strength over Oklahoma City, who had a mark of 14.3. The Grizzlies’ mark was above their season average of 21.8, while the Thunder’s was below the 22.0 mark opponents have averaged against Memphis this season. Jaren Jackson Jr. played well for Memphis, recording 20 points.

The Nuggets were beaten by the New Orleans Pelicans in their last game, 112-100, despite being 9-point favorites. The game’s total points (212) finished under the projected point total of 216. New Orleans’ 34.1 offensive rebounding percentage was their largest strength over Denver, who had a rate of 25.5. The Pelicans’ mark was above their season average of 22.5. With 23 points on 8-for-20 shooting, Nikola Jokic was Denver’s high scorer.

There’s a decent chance that Memphis struggles to create turnovers. Denver ranks eighth in the league at avoiding errors (turnover percentage of 13.2 percent), while Memphis forces the 18th-most turnovers (13.7 percent).

Memphis heads into the contest with records of 12-20 straight up (SU) and 15-17 against the spread (ATS). Grizzlies games have no tendency in regards to the total, as there has been an even split between games finishing over and under.

Denver is 21-9 SU, but they have a hard time covering the spread (11-15-4 ATS). Vegas is known to place the total high when the Nuggets are involved, as 66.7 percent of their games have finished under the projected point total.

This is the second game of the season between these two teams. Jamal Murray scored a game-high 39 points in the first matchup, in which the Nuggets beat the Grizzlies 131-114, covering as 6.5-point favorites. He also had eight assists. The game finished with a total of 245 points, which was 30 points above the projected point total of 215 points. The Nuggets’ 10.8 turnover percentage was their largest strength over the Grizzlies, who had a rate of 14.5.

The Nuggets rank fifth in second chance points allowed per game (11.9) while the Grizzlies rank 26th (14.5).

Denver averages 8.0 steals per game, which ranks 13th in the league. Memphis ranks 19th in steals allowed per game (7.9).

Over its last five contests, Memphis is 3-2 ATS with 3 overs and 2 unders.

The Grizzlies’ average margin of defeat in their last five games has been 4.8, down from 5.6 for the season.